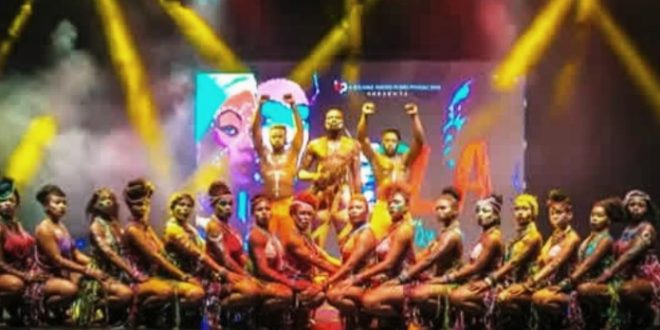 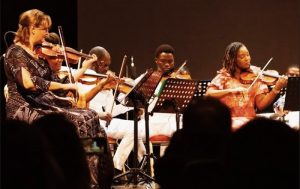 Lagos: In their bid to make this December a rollicking one and to remember, Ecobankmobile *326# and Terra Kulture are reliving “Fela’s Republic and the Kalakuta Queens’’

According to a release e-signed and made available to StarTrend Int’l magazine & www.startrendinternational.com by Ayomide Oriade of PR Redline, while ‘Fela and the Kalakuta Queens’ were majorly an exploration of the life of Fela Kuti and his wives, Fela’s Republic and the Kalakuta Queens has infused the celebration of the unapologetic and prophetic messages enshrined in his music into the original storyline.

In her comment, Bolanle Austen-Peters said, “the play which first opened in Lagos in 2017 has now been shown in different countries across the continent. However, we’ve brought it back to Lagos because there has been a lot of clamour for that to be done. The sequel is just as exciting and the major twist to it is that the new play is a fusion of the Kalakuta Queens and Fela’s social messages.”

Having raised the bar with the local and international success of Saaro the Musical, Wakaa the musical, Queen Moremi the Musical, and others, Bolanle Austen-Peters Productions is set to thrill audiences with this new musical play at the Terra Arena, Victoria Island Lagos from December 14, 2019 to January 2020.

Also commenting, Carol Oyedeji, Executive Director, Commercial Banking, Ecobank Nigeria said the partnership is one of the several initiatives by the Pan African Bank to boost tourism, culture and the entertainment industry in Nigeria which according to him is in line with the Central Bank of Nigeria (CBN)’s initiative for banks to support the growth of the creative industry.

Oyedeji reiterated that Ecobankmobile *326# is pleased to support the growth of theater which is a key driver of Africa’s history and rich culture, and most significantly youth engagement and empowerment.

“As the Pan-African bank, Ecobank is proud to partner with Bolanle Austen-Peters Productions as a symbol of our support to building the family and lifestyle of Nigerians. Ecobankmobile *326# is joining forces with Bolanle Austen-Peters to ensure that the Lagos show is a success. Let me also state here that Ecobankmobile *326#, Ecobankpay, Ecobankmobile App, Ecobankxpress Account are some of our cutting edge products bringing easy, affordable and convenient financial services to the youth, entrepreneurs and businesses, both local and foreign which are expected at the Tera Kulture this season”. She stated.

Publisher and Editor in Chief - Magazine and Online Tel: 08038525526 - 08023339764 - 08055657329 Email: startrendinter@gmail.com
Previous Traditional Rulers Urged To Use Their Moral Authority Against Social Problems In Nigeria
Next Wadoye Sets To Acquire Cargo Aircraft, Thanks God, Family, Staff At 59!