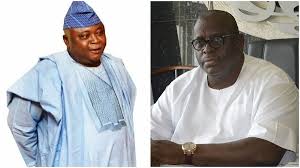 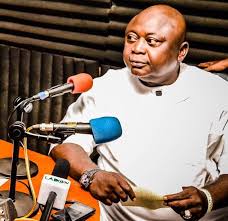 The Initiative to Save Democracy says since Adebutu failed to secure the governorship ticket he has been suffering from delusions of grandeur and hallucinations.

Adebutu who represents Remo Federal Constituency had claimed that Vice President Yemi Osinbajo approached him to join the ruling All Progressives Congress (APC) and to support the governorship ambition of Prince Dapo Abiodun.

At a press conference held in Abeokuta, Ogun state capital on Monday, Sunday James Akinloye, president of ISD said that Adebutu and the Vice President have never been in any meeting of any kind, talk less share text messages.

“Let me start by saying the Vice President knows nothing of what Adebutu speaks, and the VP has no hand in this matter at all, be it Ogun politics or Abuja politics.

“For those who understand the Ogun politics, you will agree that this is total falsehood peddled by a man whose political career has come to an end, hence he will do anything for relevance at this point.

“He is a sore loser who will blame everyone except himself for his defeat. He will even blame God if need be.

Akinloye explained that Adebutu belongs to an opposition party and never contested on the platform of the All Progressives Congress.

“How will the Vice President approach a man in the opposition party? Why will he do that? I tell you one thing; this man is sick and needs urgent help.

“For those who know the Vice President very well, you will know that he does not mingle in politics talk less Ogun politics.

“Secondly, how will the Vice President approach Adebutu, a politician whose stuttering career was dent at the governorship polls by the PDP. Since he lost, he has been hallucinating.

Akinloye challenged Adebutu to produce the text message where he claimed that the Vice President wrote, “The deed is done”.

“We will sue him for this atrocious lie. He must produce in court the text message he claimed the Vice President sent or he should be ready to face the full wrath of the law.

Akinloye who said he had excerpts of the radio interview, also made it clear that Adebutu is a political liability, and this was the reason for his defeat at the PDP governorship primaries.

“Adebutu is a nuisance and a liability; I’m sure that if the APC makes the mistake of allowing him to join their party, untold calamity will befall them.

He carries an overload of negative vibes around and should not be allowed to bring such into the APC.

“Like he rightly pointed out, he is a gambler who has lost on many occasions; this is another reason why the APC must never entertain a loser like Adebutu in their midst.

Akinloye explained that Adebutu’s political career is all but over and it is very unlikely that the Ogun electorate will ever vote him again after failing woefully within his own party.

“He has failed to deliver to his constituency and knows that his chances of returning to the National Assembly are very slim to none. He is just making noise and hoping that he will get an appointment, but his track record is very bad. 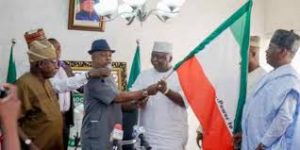 “Who will recommend someone like Adebutu for a job, Akinloye quizzed, adding that, “the era of corruption is over in Nigerian politics.”

Akinloye urged Nigerians to be wary of politicians like Adebutu who will go to any length to cause division and unrest in the political spaces.

“Nigerians must not allow themselves to be used by unscrupulous elements that have nothing to offer. We must read between the lines to decipher the truth from lies,” he said. 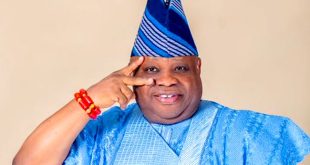