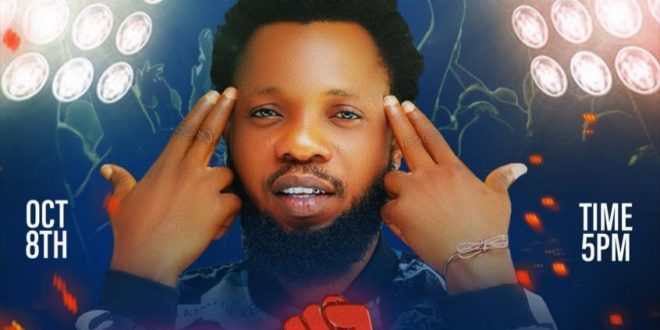 LAGOS – Fast rising disc jockey, Kabiru Oladipupo, popularly known as DJ Silver, is the brain behind the project and vision of the “MAFO” Musical Concert.

Ogo Agege as fondly called was born in Isale Oja area of Agege, Lagos State, but hails from Oyo State. His passion for entertainment through music started in his early life while in Central Primary School, Agege. He later proceeded to Anwaru Islam College Agege and thereafter wrapping up his educational journey at Ire Polytechnic, Osun State.

DJ Silver who began his career in 2009 has built an admirable fan base of music lovers as well as a professional repertoire as one of the official DJs for an award-winning radio station, Jordan 105.5fm Lagos. 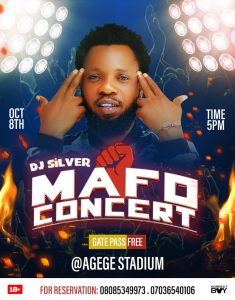 The dude emerged the first official DJ to Club Ice, situated in GRA, Ikeja, Lagos and without mincing words, he commands attention within the streets of Lagos and beyond with his crafts. He is indeed a force to reckon with in the Nigeria’s entertainment industry.

His musical concert titled “MAFO” is scheduled to hold on Saturday, October 8, 2022 at the prestigious Agege Stadium.

The musical concert is expected to attract prominent and household names in the music and political industry.

The concert is set to be a true musical delight, as different A-list Nigerian artistes are scheduled to thrill their audience.

In his words, DJ Silver urged his fans and music lovers to be optimistic about the event.