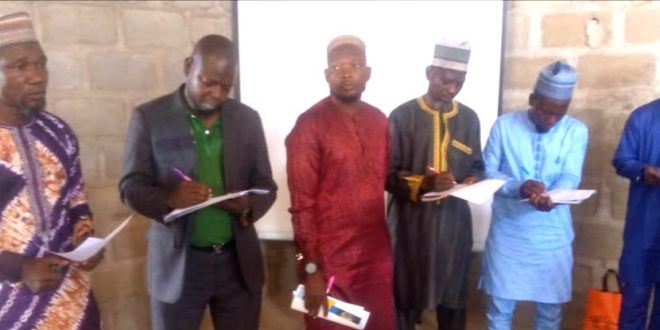 ABEOKUTA – The Muslim faithful across the world have been warned to desist from “Riba” (Usury), as the act is of social vices which is one of the greatest sins before Almighty Allah, which may caused them not to enter paradise in the day of judgement.

Mr. Musa, said that Almighty Allah forbids “Riba” without doubt, saying he has made lawful transaction among ourselves, as Islamic finance is an easy way of life in terms of socio-economic advantage hence the need to allow justice to prevail in the land, especially when engaging in business transactions.

He emphasized that God attested to it in the Qur’an Chapter 3 verse 130 says; “O you who have believed, do not consume usury, doubled and multiplied, but fear Allah that you may be successful”.

He said that agreement must be reach in terms of buying and selling between two or more people, adding that people should endeavour to apply Shari’ah law as it has been practiced by Prophet Muhammad in his hadith, hence the need for Muslim faithful to transact a business within their possession.

He noted that receiving or paying interest is deemed to be a major sin in Islam, saying anyone who has received interest monies into their bank account, they should look to donate the money to a charitable cause and the charity that you donate to can use the money to relieve hardship and poverty.

The Guest Lecturer further explained that Shari’ah law in Islam does not mean to cut hands or legs as it has been insinuated by some people but to control our spending, enjoining Muslim faithful to have adequate knowledge about what to buy or sell.

In his remarks, the Director of Cooperative in the Ministry of Cooperative and Community Development, Mr. Samuel Mustapha, represented by the Supervisor of the cooperative Alhaji Sheriffdeen Animasaun, felicitated with Al-Hilal on the occasion of her AGM, saying he was amazed by the society despite the economic downturn of the country, comparing to what is happening to other cooperative society in terms of financial difficulties. 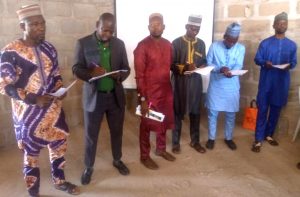 “Despite the socio-economic meltdown in the country, the cooperative still go ahead to hold the AGM, it shows that the committee and members are God fearing people, in fact, you people should please continue in that spirit”, he said

In his Speech, the President of the society, Alhaji Taoheed Agboola, appreciated the guest lecturer for doing justice to the topic, hailed the members for their support and resilience in this period of economic uncertainties.