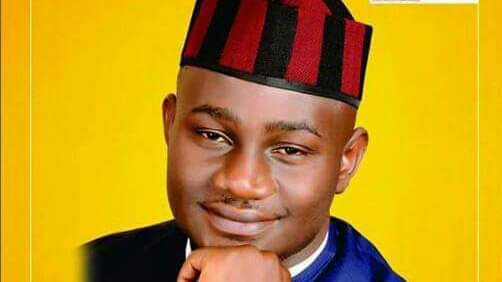 A former President of National Association of Nigerian Students (NANS), Daniel Onjeh, on Sunday burst into tears after the INEC declared Gov. Samuel Ortom of Benue winner of the 2019 governorship election.

Mr. Onjeh, who started crying in reaction to Mr Ortom’s victory at his home town in Ogbadibo, stated that he was weeping for Benue people.

According to him, he did not know how they will be able to endure another four years of torture and deprivation under Ortom.

Mr. Onjeh said he was not sure if President Muhammadu Buhari would release more bailout funds and Paris Club refunds to Benue in the next four years since the ones released before had not been accounted for.

He said he wept for Benue workers, pensioners and their families because they went out en mass to vote out Ortom for nonpayment of salaries and pensions.

“How long will the children of workers and pensioners in Benue be out of school for lack of financial support from their incapacitated and oppressed parents?

“How long will Benue workers and pensioners endure this hunger and denial as a result of nonpayment of their wages?”

“The painful side is that the same resources the workers and pensioners were denied, were the same Ortom used to buy votes.”

Onjeh expressed surprise at the way PDP big shots in Benue, who condemned Ortom’s governance style while he was in APC, made a U-turn to support the same man they condemned.

“I’m surprised at how David Mark, who accused Ortom of distribution of wheelbarrows to Benue youths as the only project he has done, could turn around and support the same Ortom to win second term in office.”

“Suswam also accused Ortom of ballooning the wage bill when Ortom was in APC but turned around to support him to win a second term in office.”

“Abba Moro also condemned Ortom and said that he failed woefully as such, does not deserve a second term but turned around to support him because he defected to their party.”

“This flip-flap Politicians’ behavior shows that they are only working for their own selfish purpose and not for the common good of the masses as always portrayed,” Onjeh lamented.

The former student unionist therefore, encouraged Mr Emmanuel Jime of APC who contested against Ortom not to give up on the fight for his mandate.

Onjeh urged Jime to head to the tribunal, pointing out that he had good grounds to do so since there were so many irregularities of rigging and electoral malpractices in the conduct of the election.

“I expected INEC to have cancelled the places where the use of Card Readers was even disregarded.