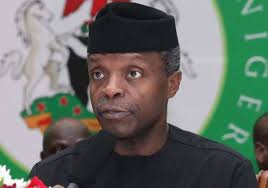 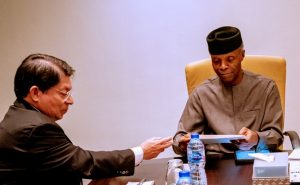 According to a release e-signed and made available to StarTrend Int’l magazine and www.startrendinternational.com by Laolu Akande, Senior Special Assistant to the President on Media & Publicity Office of the Vice President, Prof. Osinbajo stated this on Wednesday, November 4, 2019 at the inauguration of the National Steering and Technical Committees for GRID3 project, at the Presidential Villa, Abuja.

The Geo-Referenced Infrastructure and Demographic Data for Development (GRID3) is a project supported by development partners to generate, validate and use geo-spatial data on population, settlements, infrastructure, and administrative boundaries.

According to the Vice President, “There is no question at all from just listening and reading the information on GRID3 that this is a crucial project.

“Geo-Spatial data of the scope and depth that is envisaged by this project is obviously important for all of our development objectives and ambitions especially the issue of education which we just saw a demonstration, I think is compelling.

“And it really does show that this is extremely useful for us in planning, and for everybody involved in the entire development enterprise.

“Even the financial inclusion initiative will also benefit greatly from the GRID3 project”.

Speaking more on the scope of the project especially in the area of capacity building, Prof. Osinbajo commended the initiators of the project in setting up the two committees to drive the project.

“I think there is some ingenuity in having double membership in the committees because that enables data users and generators to come together to be able to interact at the same time,” he said.

Prof. Osinbajo observed that there is the need to involve the states “a bit more in terms of membership of the two committees. We have to involve the governors even if it is going to be representation across the geo-political zones.

“This is because for most of the human capacity development issues, the sub-nationals are most crucial. As a matter of fact they are ones who drive most of those initiatives.”

Earlier, the Minister of Finance, Budget and National Planning, Mrs. Zainab Ahmed, who chairs the steering committee, said the GRID3 project would amongst other things help in the development of a national infrastructure data plan for the country.

Other ministers at the inauguration are Ministers of Education, Mallam Adamu Adamu; Health, Dr Osagie Ehanire; and the Minister of State for Budget and National Planning, Mr. Clement Agba.

There were also representatives of the Bill & Melinda Gates Foundation, the UK Department For International Development (DFID), both of which are supporting the project and officials of the the National Population Commission, amongst other ministries, departments and agencies.

Publisher and Editor in Chief - Magazine and Online Tel: 08038525526 - 08023339764 - 08055657329 Email: startrendinter@gmail.com
Previous Ecobank Nigeria Gets Applause For Supporting Young Entrepreneurs
Next We Never Arrested Sowore In Courtroom – DSS, Says, Sahara Reporter Publisher Is Facing Trial Not As Activist, Journalist Or Politician, But For His Resort To Call For Forceful Takeover Of Government