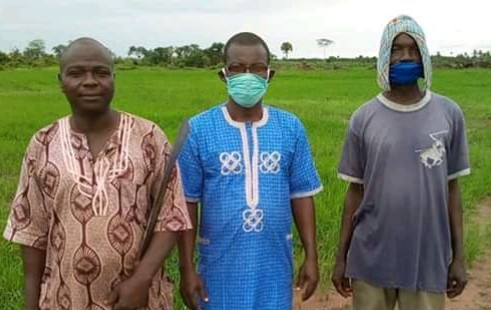 They lamented that people in their constituents like others globally are grappling with the troubling effect of COVID-19 pandemic, revealing that cases of kidnapping, farmland destroying and killings were also recorded in the area in recent time.

The Honourables appealed to government and security agencies to device better and more proactive measures that would end the operation of the attackers.

Also, a member of Rice Farmer Association, Igbogila of Yewa North LG, Hon. Afolabi Olugbenga on his face book account appealed to the governments, security agencies to deal seriously with the menace, which he said had affected their members and brought financial hardship on them.