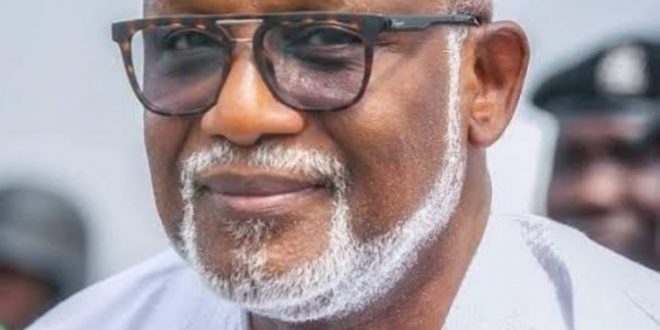 IBADAN: The six Governors of South West States of Nigeriain its recent virtual meeting held in Ibadan, Oyo State capital have unanimously dissolved the Board of Directors of ODUA Investment Limited.

Chairman of the group who is also the Governor of Ondo State, Arakunrin Oluwarotimi Akeredolu in a release agreed by the governors stated that the Group Managing Director of the company should take over the affairs of the conglomerate pending the time new Board would be constituted.

The Governors also resolved during the meeting that all entry points into the six States be closed forthwith to curb the spread of coronavirus pandemic.

According to Arakunrin Akeredolu, the South West Governors resolved that, “as Owner State Governors, the Board of Directors of ODUA Investment Limited remained dissolved with immediate effect. The Group Managing Director should take charge of the conglomerate affairs pending the constitution of a new Board.

“That the Entry Points of our six States be closed forthwith to contain the spread of COVID-19 pandemic”.

The State Governors according to the release also agreed that people involved in essential services or dealing in medicine, water and consumable items, most especially traders and market men and women should endeavour to wear nose masks while outside plying their trade to minimize the spread of the deadly virus.

Akeredolu in the release added that the Governors further agreed that wearing of nose masks will be made compulsory to everybody coming out of their homes effective from Friday,April 24, 2020 in their respective States.