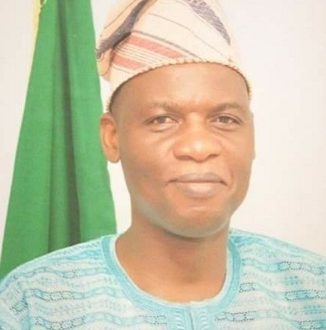 IKENNE: The Chairman of Ikenne Local Government Transition Committee, Hon. Rotimi Akinsanya,  has urged the people, living in the LG area, to shun disbelief, and be weary of listening to rumour peddlers, in the social media, about the authenticity of the ravaging Corona virus disease, by embracing various government preventive and palliative measures, in the country.

According to a press release e-signed and made available to StarTrend Int’l magazine & www.startrendinternational.com by Adenusi Oyebola, Information Officer, Ikenne LG., Hon. Akinsanya made the appeal during a radio interview programme on 89.1FM, a Community Radio of the Babcock University, Ilisan Remo, stressing that COVID-19 pandemic was a phenomenon the whole world had been searching for the permanent cure.

He listed some of the symptoms of the virus to include; sneezing, dry cough, high temperature, shortness of breath etc, adding that safety tips like social distancing, use of nose guard, regular washing of hands with soap and the use of sanitizers, should be strictly adhered to.

The LG boss further explained that whenever the symptoms were observed, the nearest hospital, isolation center or LG Primary Health Center, should be contacted, for further necessary action.

Hon. Akinsanya disclosed that the Local Government had given first and second rounds of palliatives to the poor and the vulnerable, fumigated certain public places, donated hand washing equipment, sanitizers, soaps and had taken testing team to the wards in the Local Government Area.

He finally revealed that some wealthy individuals had donated cash and gifts to the Local Government, for the poor and vulnerable and, therefore, appealed to the people to support the various initiatives of the Ogun State Governor, His Excellency, Prince Dapo Abiodun, MFR, to combat the pandemic, by obeying the stay at home directive and following the guidelines/rules of the lockdown.