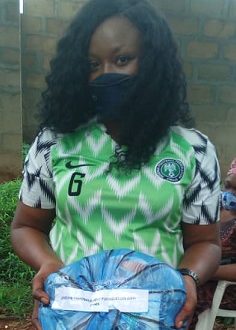 Engr. Lovelyn Ekuma with a pack of the relief materials.

The founder of the foundation, Engr. Lovelyn Ekuma, while given out the palliative items comprising of foodstuffs and nose masks among others stated that, the gesture was inline with what the 3tiers of Government were doing, saying it’s also her own way of celebrating 2020 Democracy Day with the downtrodden, especially the handicaps which according to her would reduce the sufferings and hardship confronting them as a result of this novel Covid-19 pandemic. 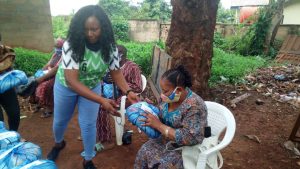 Her words, “What we are doing is actually to support the government. We all know that Government has been doing a whole lots, but it’s very difficult for the government alone to cover all nooks and crannies of the communities. So, as individuals, we should not leave everything in government’s hands, but contribute our own service, empathy and intellect towards relieving the most affected.

“In our own way, we should be looking for how we can join forces with the government and actually taking it to different levels, because it’s not in the magnitude of what’s given, but in the quality of hearts that is giving. The palliative was in line with what the government was doing and a way of reducing hardship of the indigent, especially at this period of COVID-19 pandemic”. 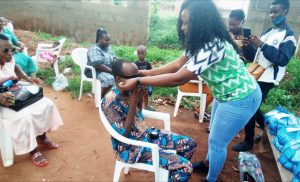 While imploring the beneficiaries of the palliative to take advantage of the pandemic period and look inward to discover what they can do to improve themselves and better their lives, citing instance on how the pandemic has polished her sanitizer and hand-wash production skills, Lovelyn charged other well-meaning individuals to assist the disabled in the society, pointing out that they should not wait until when they have the whole resources before putting smiles on faces of the indigents.

Appreciating the kind gesture of the NGO, the Chairperson of the Nigeria Association of the Blind, Yewa South Chapter, Miss Moturayo Basirat Lasisi said that the palliative came at the right time and it would go a long way at cushion the effect of the lockdown on the beneficiaries.

Miss Moturayo Lasisi called on other members of the society and NGOs to emulate the good gesture of Engr. Lovelyn while advising members of her association and the public to always adhere to all rules guiding against the spread of COVID-19 as stipulated by the government and National Centre for Disease Control (NCDC).

In the same vain, the State former Chairman of the Nigeria Association of the Blind, Mr. Mulero Sunday Makinde while expressing gratitude to Engr. Lovelyn for always assisting members of the association and other physically challenged in the Local Government area and its environs, pleaded with members of the State House of Assembly to give speedy passage to “disability right bill” now before the house and speedily forward it to the Executive Governor, Prince Dapo Abiodun for his ascent in other to begin to enjoy what their counterparts is enjoying in Lagos State. 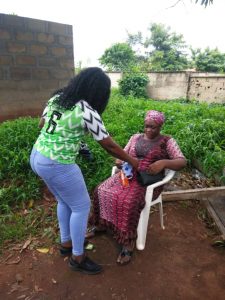 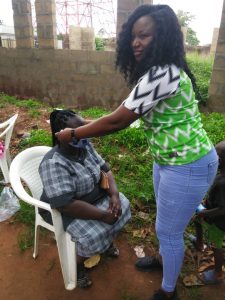 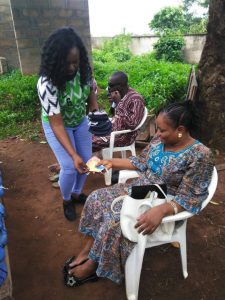 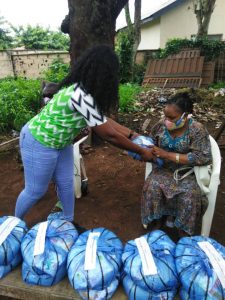 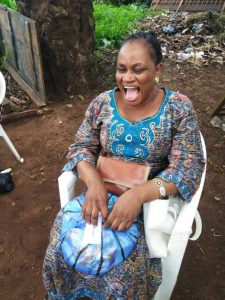 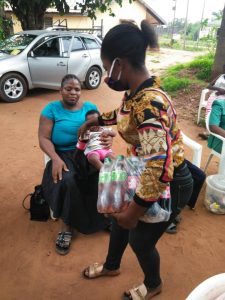 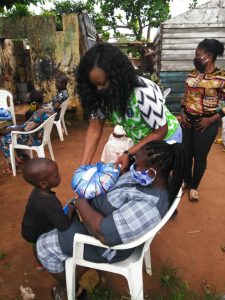 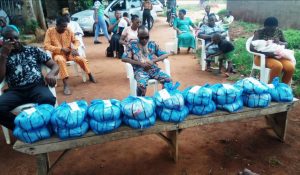 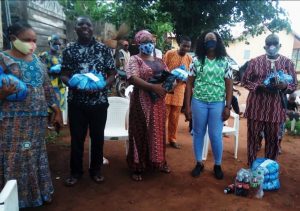 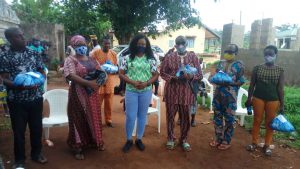