Breaking News
Home / HEADLINE / Court Judgement: ADC’s Resolve Is Greater Than Ever Before 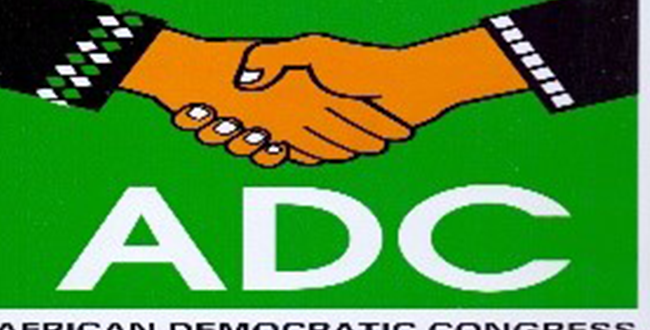 Idowu Hamed December 1, 2022 HEADLINE, NEWS, OPINION, POLITICS Comments Off on Court Judgement: ADC’s Resolve Is Greater Than Ever Before 76 Views

That a Federal High Court in Abeokuta has asked the Independent National Electoral Commission (INEC) to delist the names of all African Democratic Congress (ADC) candidates from the register of those contesting the 2023 elections in the state is no longer news. The real news is that the judgement has emboldened the ADC to move ahead with its project – taking over power and rescuing the state from the misrule and retrogression of the past three and half years.

Following the court’s judgement, I read a story in an online newspaper that there was “jubilation” at Oke-Mosan. The celebration in Governor Dapo Abiodun’s camp bellies the biblical *hand of Esau but voice of Jacob” in the court case. Or coming nearer home, a Yoruba proverb vividly paints the circumstance: Aje ke la na, omo ku le ni. Ta ni o mo pe aje lo p’omo. (The witch cried out yesterday, the child dies today. Who does not know it is the witch that kills the child).

The above Yoruba proverb literally and perfectly shows the direction to the origin of the case, though the brains behind it hide under the banner of Labour party in the state.

I’ll like to reflect on a recent statement by the ADC gubernatorial Candidate in Ogun State, Barrister Biyi Otegbeye, in order to put the immediate paragraph in proper perspective. At a reception he hosted for the visiting ADC National Chairman, Chief Ralph Nwosu on Sunday, 6th November 2022, Otegbeye stated that 24 lawsuits had been filed by the competitors against him and House of Assembly candidates, saying such cases were frivolous, intended to distract, and they will fail.

Was it not instructive that about three weeks after Barrister Otegbeye’s warning, we saw the action of the court? The virtue in Otegbeye’s warning to his party faithful about the impending court action is like these immortal words: “Eternal vigilance is the price of liberty”, which were attributed to the liberal activist Wendell Phillips

Today, Otegbeye has emerged as the symbol of the struggle of Ogun State indigenes for emancipation in all facets of life – The infrastructures are lacking. Health facilities at the primary, secondary and tertiary levels are in decay. Educational facilities in are in shambles. The workers have been parked aside and they are in the periphery of governance. The cry of the Pensioners is drown by the abracadabra of Governor Dapo Abiodun’s sloganeering for more power.

The enlightened citizens of Ogun State have asked Governor Abiodun countless number of times why he is intolerant of ADC and it’s standard bearer, Barrister Otegbeye. On Thursday 3rd November 2022, the governor had prevented Awori Obas from meeting with Barrister Otegbeye at the palace of Olota of Ota, His Royal Majesty, Oba Abdulkadir Obalanlege. In the midst of government’s intimidation on same day , Governor Abiodun held his own meeting with Ijebu Obas in Ijebu Ode where he railroaded them to endorse his second term bid.

As if that was not enough, Governor Abiodun has opened his flangs against Royal Fathers perceived not to support his second term aspiration. Friday, 25th November 2022 would remain a day of horror in Ilase, a sleepy town in Ipokia Local Government area of the state. Government agents had stopped the Alase of Ilase Kingdom, His Royal Majesty, Oba John Adewale, from using the field of Ipokia Local Government Primary School in the town for his wedding and house warming events. So, the events were cancelled.

It has become clear that the people are tired of Governor Dapo Abiodun’s ineptitude, indiscretion, shameful display of ignorance in administrative matters and total failure in governance. The ADC is holding the light at the end of the dark and uncomfortable tunnel. Let’s keep our hope alive for change in Ogun State come 29th May 2023.

Court Judgement: ADC'S Resolve Is Greater Than Ever Before# 2022-12-01
Idowu Hamed

Tags Court Judgement: ADC'S Resolve Is Greater Than Ever Before#