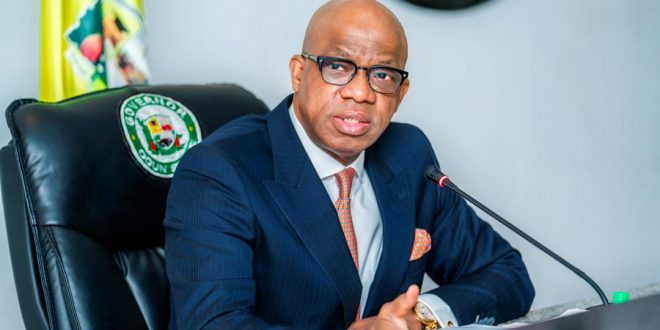 Gov. Abiodun of Ogun State during the meeting with the team 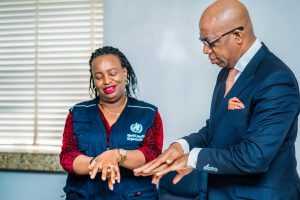 ABEOKUTA: The World Health Organisation (WHO) Africa Regional Office and the Nigeria Centre for Disease Control (NCDC) team was on Tuesday, March 3, 2020 paid a working visit to the Office of the Ogun State Governor, Prince Dapo Abiodun in respect of the index Corona Virus case traced to an Italian national victim who works as a consultant to a company in the State.

According to a press release e-signed and made available to StarTrend Int’l magazine & www.startrendinternational.com by S.F. Ojo, SA Media to the Governor, Dr Tomi Coker, the Commissioner for Health in the State who led the team to the Governor, appreciated the team for their prompt response and support, and also gave updates on the State Government’s readiness to ensure infection prevention and control. 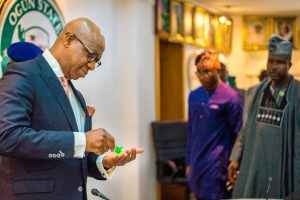 “We have had two cases over the weekend that have proven negative, and we have also had to investigate more in the last 48 hours, but they turned out not to be cases”.

The Commissioner noted that the WHO and NCDC team has, in their capacity, supported the State with the provision and distribution of gloves, sanitisers and other preventive equipment that can be added to the available stock across the state to ensure disease prevention.

Dr. Coker further reiterated that a mobile app – “CommCare” to assist in disseminating information, has been deployed up to the Local Government level, adding, “As a proof of concept, we have identified Ifo and Ado-Odo/Ota LGAs where there is a high level of industrial activities alongside Ewekoro as our first points of interest”. 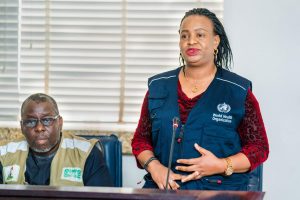 According to her, a case management team from Ogun State is currently in Lagos understudying at the Infectious Disease Hospital Bio-Security Laboratory where they are studying the care of the index case to ensure that the State builds capacity among the team.
The Head of WHO Team, Prof. Bola Olayinka commended the State Government’s proactiveness in responding to the State’s index Corona Virus case.

According to Prof. Bola, Ogun State is the industrial hub of the Nation, hence its large expatriate community, which is why the WHO and NCDC team is fully on the ground to support the State.

“We learnt the State has helped in transporting samples of suspected cases to the testing lab in Lagos. We are going to work with the State Ministry of Health to develop an Incidence Action Plan. This would be a plan on what to do in terms of preparedness, readiness and even response”, he posited. 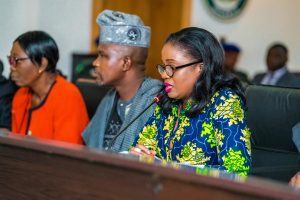 In his response, Governor Dapo Abiodun, said the situation being experienced in not just Ogun State, but Nigeria and the World at large is of concern, especially given the highest concentration of industries in the State.

“We don’t have an airport, but we’re the closest to the biggest airport in Nigeria. We’re actually the industrial capital of Nigeria and this suggests or pre-supposes that we must have a large community of expatriates. This, however, is becoming worrisome; hence the need to step up the advocacy to curtail further spread of the Corona Virus”, Abiodun noted.

The Governor, who appreciated the WHO and NCDC team, charged on an aggressive approach in fighting any disease outbreak particularly the current CONVID-19 situation as exemplified in other affected countries. 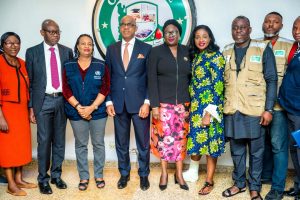 Governor Abiodun, who assured of the State Government’s readiness to immediately set up a bio-security lab and multi-sectorial team for preventive purposes, sued for serious attention on airports through data collection analyses of inbound and outbound travellers in the country as well as proper hygiene enlightenment programmes to ensure adequate prevention of the virus.