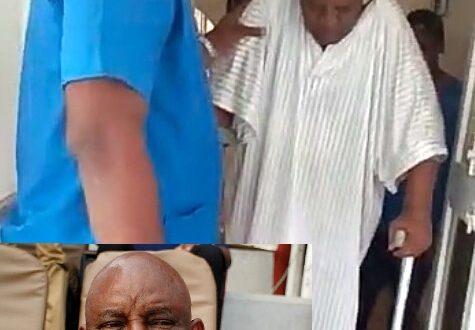 The management of Rangers International Football Club of Enugu on Monday, denied the rumours making the round that the club abandoned their Technical Director, Christian Chukwu, saying the rumour was not only untrue, but imagination of the writer.

Norbert Okolie made this known in a statement signed in Enugu while reacting to stories making the rounds in most social media platforms that the club and Enugu State Government abandoned it’s former player.

The club said that their former coach and a national team captain was been attended to in his hour of need as he recovers from a life threatening health challenge.

The General Manager of Rangers International, Prince Davidson Owumi, described the stories of alleged abandonment of the national icon as completely baseless.

He said that both the club and the state government led by Chief Ifeanyi Ugwuanyi has been doing all that was needed to help the coach back on his feat.

“We in Rangers made the initial deposit for his admission for medical attention at Nike Clinic, GRA, Enugu.

“After informing the state government of his condition, the sum of One million, five hundred thousand naira (N1.5m) only was made available to his family for treatment which has been carried out,”he said.

He is right now recovering from the treatment carried out on him.

Prince Owumi further said that the club made the initial N200,000 deposit for his admission and commencement of treatment at the private health facility.

“Christian Chukwu is a legend and our governor holds him in high esteem and takes whatever concerns him with high regard.

“So, it beats me hollow for some media channels to start peddling stories that he was abandoned. It is not true.

“Our legend, Chukwu has been assessed by medical personnel at the hospital and is gradually getting over the health challenge.

“We did not want to make the efforts of Enugu state government and Rangers in this case public, because his family never wanted his condition a public affair,”he said. (NAN).