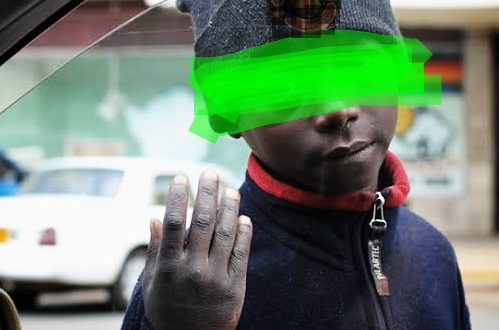 ABEOKUTA: The alarming increase in the number of beggars in Ogun state, especially Abeokuta, the capital city is becoming worrisome as the embarrasment is gradually gaining normalcy.

Even though the Senate has described street begging as a menace to the country, it is still prevalent in some states of the federation that I have toured but is becoming a trade in Ogun state.

It is not unusual to see a street in the state void of this ugly trend. Different age category, ranging from adult, teenagers and youths troop to the streets, begging from pedestrians.

The question that often comes to mind when the adults approach one is “can’t they get a job to put something in their pockets? as many of them are not suffering from any form of disability.

What bothers me most is that children are more involved than adults, which is disheartening. While their mates are in the classrooms, these children are on the streets running after passersby, chanting “e fún mi l’ówó ki n fi jeun” (give me some money to feed myself).

What is more worrisome is that these children are ignorant of the importance of education or we could say they do not have the opportunity to attend school. They are more particular about where their next meal will come from.

They are more in Oke-Ilewo than any other places mentioned. They hang around Sweet Sensation, Sterling Bank, OPIC Tower, Chicken Republic and other business centres in the area.

Due to their living situation, parents often fail to properly take care of their children, making them beggars.

In an interview, some of the begging children confessed that due to the low standard of living of their families, they had no choice but to take to the streets begging for alms in order to put food on the table.

Kadijat, who I met under the popular Ibara bridge, stressed in sobriety that she became a beggar to help surmount her parents’ financial crisis which she claimed had brought her family to a pit of shame.

Other child beggars confessed that their parents directed them to beg, thereby making them bread winners too. Some of them decried inability to attend school unlike other children, blaming their parents and government for their ordeal.

It is unfortunate to see some children spend their days with their parents who direct them to the streets; some beg on their own. The streets are their homes.

For many children engaged in street begging, this is how they are brought up. It is not an easy life but they don’t complain because they believe they don’t have a choice. 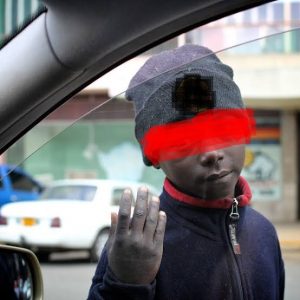 The young girls among them suffer sexual abuse in exchange for security, some income or affection. This is one of the ways they feel they can make ends meet and support their families. Young boys often turn to violence – using force as a means of intimidation to earn a living.

One wonders how the life of these children will turn out to be in the long run when they grow up. Even if they try to speak out, there is no one to listen – Child beggars are never aware of the existence of child helplines and rarely have access to a phone.

This trend raises fears that there could be an increase in child criminality in Ogun state if children continue to beg in the streets, particularly attacking the vulnerable late at night. Their future is at stake if nothing is done to curb this menace.

Publisher and Editor in Chief - Magazine and Online Tel: 08038525526 - 08023339764 - 08055657329 Email: startrendinter@gmail.com
Previous Panseke-Adigbe Road Project Now Extends To Opako Bridge, Govt To Construct Drainage, As Bridge Not Destroyed By Flood
Next Obaladi Of Afon’s Death Is Another One Too Many – Hon. Olaifa