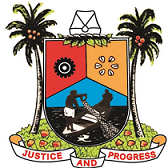 Candidates Imposition And Emergence Of Surah Animashaun In Epe 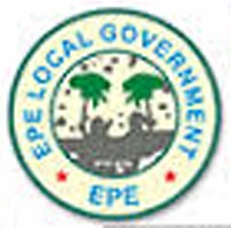 Democracy operates principle of majority which requires equal political opportunities and liberties to aspirants to contest under political parties in recent times. Therefore political party has made formation of (representative) democracy easier and possible via the instrumentality of elections.

Nigerian democracy is threatened by candidates imposition by some powerful party leaders due to lack of political parties internal democracy, and internal party democracy is a key ingredients of any democratic system of government. This is because democracy ought to begin from the parties and they choose their candidates for election proper. If the candidates are chosen otherwise than in line with tenets of democracy, then the political space would be tainted and no true democracy can be said to be in existence.

A key ingridents of internal democracy is the avoidance of imposition of candidates on the party. Every candidate interested in an elective office should be given the opportunity to test his popularity within his party by a democratically-conducted primaries which will produce the most popular candidate for the election proper. Anything short of this is a total detour from democratic norms and principles.

In Nigeria, imposition of candidates on the party by some influential leaders has become the rule rather than the exception. The practice has spelt doom for many political parties and even their candidates whose political ambitions had been truncated undermocratically in preference for some sacred cows. It can be said that imposition of candidates is as old as Nigerian democracy. But this spate of imposition assumed disturbing dimensions with the advent of republican democracy in 1999.

Political godfathers and party tin gods went practically low wire as they picked and chose favoured candidates and godson at will without any concern for the good and progress of the party. Such godfathers prefer their loyalists, sons, daughters and even criminals to popular candidates. Take for instance, the All Progressive Party (APC) primary for Local Government council in Epe Local Government Area of Lagos State, a monarch, Oba Kamorudeen Animashaun, Olu Epe of Epe, singlehandedly picked his daughter, Surah Oluyemi Animashaun as the Chairman of the council, as the will of the people and other contenders, which ended up in fracas and hullabaloo.

The imposition came to a head in the last general elections and thereafter as members, who felt cheated and shortchanged during the primaries left in droves to other parties. It is important to note that imposition of candidates cut across all the political parties. Recent experience has shown the tendency of this evil practice to cause the disintegration of political parties and to breed bad blood and discontentment in the rank and file of the parties. This practice is a threat to democracy as it does not give room for party members to have a say in the choice of candidates to stand for the main election.

Another dimension to the imposition syndrome is the practice whereby certain candidates who feel cheated and shortchanged in one party crossover to another party only to be given the opportunity to vie for elective posts or offered plum jobs over and above hardworking and loyal old party members. This also breeds frustration and bad blood in the system. It sounds    in breach of the fundamental rights of party to elect candidate of their choice. Imagine, out of those contested for the Chairmanship position in the Epe Local Government Area, which includes the incumbent Chairman, Adedoyin Adesanya, non of them could withstand the shock of their life, as the monarch imposed his daughter on them, that was devoid of internal democracy.

The bane of our party politics since 1999 is impatience on the pact of party godfathers and members to allow democracy to flourish in the parties. There is nothing interracially wrong with a party members deciding to pitch his tent with another party in order to realize his ambition or to indentify with his personal ideals and manifestoes. But it is only prudent that such persons who cross over to other parties should exercise patience, bid their time and understand the party before taking a short at an elective position. It is indecent for someone who just joined a party to be handed over the mandate to represent the party in an election without regard to those members who have been loyal, committed and steadfast to the party.

The spate of imposition across Nigeria political parties dampen the morale of members. It is a practice that is capable of shaking the belief of members in their party and in its internal mechanisms, as it has happened to Hon. Adedoyin Adesanya, the current Chairman of Epe Local Government Area and other contenders. Indeed, it is a direct affront to democracy which reduces the game of politics to a process of sheer selection, godfatherism, favouritism, nepotism and particularism. No doubt, this is a total threat to our fledgling democracy.

The present development in Epe Local Government Area of the Lagos State on the imposition of candidates could even cause the entire party (APC) their 2023 chances of winning an election in the local government area, as certain politicians could abandon their parties midstream, but only to join other parties and seek Chairmanship or other positions almost immediately is indecent. It should be completely discouraged. It is now time to do away with godfatherism, nepotism and favouritism, if we wish our great party to flourish and grow form wing to wing.

Mind you, such persons who dump their parties and seek elective positions in other parties can best be described as political self-seekers who are mere politicians of fortune. They will definitely cross over to another party should they fail to realize their ambition. It is uncalled for even for the monarch to be intervening on the electoral process, how much more of imposing candidates on the electorates, now other contenders in the electoral process had been shortchanged and cheated of their right. The good people of Epe local government area should implore the Olu Epe, Oba Kamorudeen Animashaun not to be partician, he should allow peace to reign in Epe division and its environs.

In fact, not only does this practice shortchange our democracy, it threatens our national stability. It is dangerous to national security, it is worsen than insurgency, Boko Haram, Bandit and Fulani herdmen, which has gulped a considerable chunk of our national budget. In a democracy without democracy, there will be no government to fight insecurity and insurgency. There will be breakdown of law and order. Let us protect and preserve our democracy for our posterity.

Tags Candidates Imposition And Emergence Of Surah Animashaun In Epe#