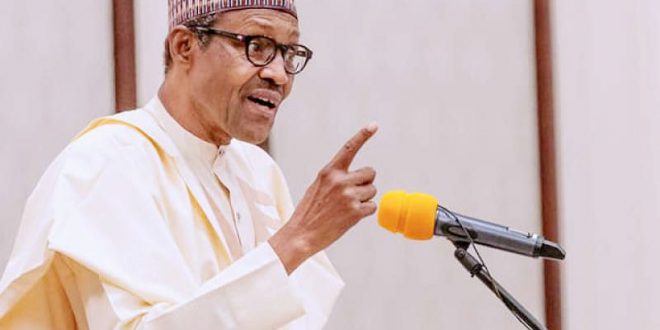 Buhari Vowed To Abide By All Judiciary Decisions

Idowu Hamed May 23, 2019 HEADLINE, NEWS Comments Off on Buhari Vowed To Abide By All Judiciary Decisions 72 Views

President Muhammadu Buhari has vowed that he will abide by the decisions of the judiciary in his “next level” government.

The President stated this in the evening of Wednesday May 22, 2019, saying that he has a lot of respect for the country’s judiciary.

Buhari who spoke after an Iftar dinner with the representatives of the judiciary, at the state house in Abuja said he has a strong belief that the judiciary should be independent.

“I respect the institution. I have come before you three times before I got here on the fourth run for the office. Your word is the last word on any given issue.”

Also speaking at the Iftar dinner, the Acting Chief Justice of the Federation, Justice Ibrahim Tanko Mohammed, leading retired Chief Justices, some Justices of the Supreme Court and heads of courts in the Federal Capital Territory, FCT, thanked the president for his neutrality in court processes while also assuring Nigeria a of its commitment to safeguard democracy in the nation.

Tags Buhari Vowed To Abide By All Judiciary Decisions#