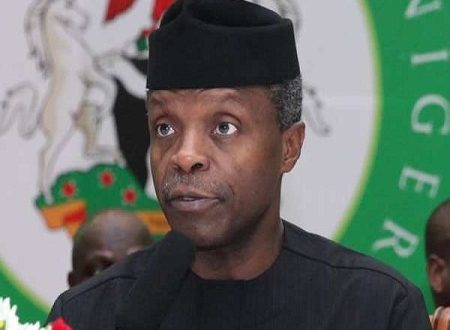 “Why Can’t We Have Time Limits For All Cases? Buhari Asks NBA, Says Judicial Reforms Are Urgent

Idowu Hamed August 26, 2020 HEADLINE, NEWS Comments Off on “Why Can’t We Have Time Limits For All Cases? Buhari Asks NBA, Says Judicial Reforms Are Urgent 18 Views

ABUJA – In what is deemed a significant contribution to the ongoing public discourse on the need to urgently reform the administration of justice system in Nigeria, President Muhammadu Buhari’s voice has brought a sharp focus to the matter especially regarding the slow pace of trials in the courts.

According to a release e-signed and made available to StarTrend Int’l magazine & www.startrendinternational.com by Laolu Akande, Senior Special Assistant to the President on Media & Publicity, Office of the Vice President, the President who was represented by Vice President Yemi Osinbajo, SAN, veered the discourse on Wednesday, August 26, 2020 at the opening session of the virtual 2020 Nigerian Bar Association’s (NBA) Annual General Conference themed, “Step Forward” which coincides with the body’s 60th anniversary.

Speaking on the theme of the conference which he said translates into “taking responsibility”, President Buhari explained that the situation became necessary in view of the current and pre-existing challenges confronting the system.

According to the President, “why can’t we have time limits for all cases? Why can’t we put in place the rules that will say that a criminal trial all the way up to the Supreme Court must end in 12 months, and that a civil trial must not exceed 12-15 months? I think that, for me, will be stepping forward.

“Step forward means taking responsibility. It may also mean making progress, boldly taking on the challenges of the future.”

The President who listed a few areas saying “I believe we need to step forward and resolve some of the nagging problems of our systems of administration of justice”.

Going personal on the issue of delay in trials, the President referred to his experience at the Presidential Election Petitions Tribunals in 2003, 2007, 2011 and 2019. He said until recently, court trials had been “terribly slow” and capable of frustrating genuine efforts aimed at promoting general progress of the society.

He said “I am not a lawyer but I have been both a casualty and a beneficiary of the judicial process. I was before the courts for two and a half years- 27 months from 2003 in the now famous case of Buhari and Obasanjo. It took me two and a half years to fight for a four-year Presidential mandate.

“In 2007, I was again in court for 20 months, almost two years, also as petitioner and later then appellant in the case of Buhari and INEC. And in 2011, again as petitioner in the case of CPC and INEC. I spent another 8 months in court. At the end, I lost all three cases. I wondered then why it needed to take so long to arrive at a verdict.

“In 2019, my status improved, I was now no longer petitioner, I became first respondent in the case of Atiku and Buhari and the whole process took barely 6 months.”

Still on the areas requiring reform, President Buhari said “the second issue for me is the multiple and sometimes conflicting orders of courts. Recently, my party, the APC, had an internal crisis. In the six-week period before I 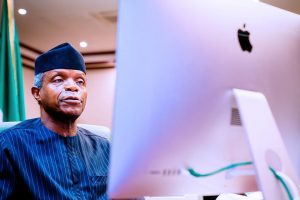 chaired the meeting of the party to resolve the issues, there were at least 10 different conflicting rulings of the courts across the country.

“Again I am not a lawyer, but surely these sort of multiple and conflicting rulings of courts sometimes ex parte, really make a mockery of the judicial process.”

Continuing, the President said “third issue is the seeming bias towards technicality over the clear common sense justice of cases. If justice is to be seen to be done, then the outcomes of cases must make sense to the average person and not just to the refined minds of learned persons alone. Justice must make sense to lawyers and non-lawyers alike.”

My fourth issue, the President said, “is on the appointment of judges. I believe that we must continuously improve on the selection processes for appointment of the men and women who serve as judges.”

“First we must cast our nets wider in search of judges, especially at the appellate level. Second we must put in place primarily merit-based selection processes including mandatory tests and interviews for all applicants for judgeships.

“While our Constitution urges Federal character for balance, this is not an excuse for mediocrity. If a particular zone is to produce a judge why can’t we find the best talents in that zone. Our country has excellent men and women everywhere,” the President said.

President noted that “Reform is urgent because the fabric of our society is stitched together by our system of justice and law enforcement. We cannot afford to have the stitches come undone.”

While urging stakeholders in the sector to further leverage technology to enhance the speed of court processes, the President said “digitization of court processes, records and services is very much the new frontier of justice delivery and will dramatically enhance access to justice and affect trial timelines.”

Speaking on his administration’s efforts at addressing security concerns, President Buhari said his government acknowledged the apprehensions of the people, and restated the commitment to address them.

He however noted that “the fight against insecurity and to establish law and order, requires the full cooperation of all especially the various structures for law enforcement and administration of justice at all levels,” referring to how both the Federal Government and the States needed to work together on prosecuting criminal cases for instance.

“If like some of us, you listen to the radio, you will often hear ordinary people asking questions about why criminals have not been sent to jail. So for example, they would ask why a suspected murderer has not being prosecuted. Of course the question many will ask is, ‘so, what is Buhari doing about that?’.” 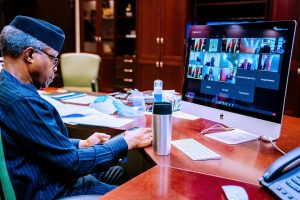 Earlier in his remarks, the Chief Justice of Nigeria, Justice Ibrahim Tanko Muhammad restated the commitment of the judiciary to adapt to changes within and around its environment, citing the adoption of virtual court proceedings as an example.

He said the judiciary under his watch would not condone practices that had, over the years, negatively impacted the image of the justice sector, noting that abuse of court processes, among others would no longer be tolerated.

The week-long event will feature discussions and presentations by distinguished personalities and scholars with a focus on the theme “Step Forward”.

“Why Can’t We Have Time Limits For All Cases? Buhari Asks NBA Says Judicial Reforms Are Urgent# 2020-08-26
Idowu Hamed

Tags “Why Can’t We Have Time Limits For All Cases? Buhari Asks NBA Says Judicial Reforms Are Urgent#