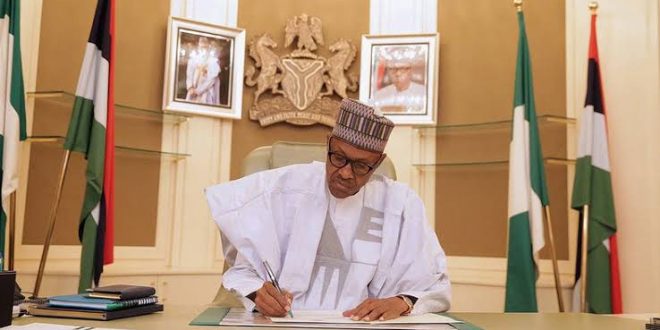 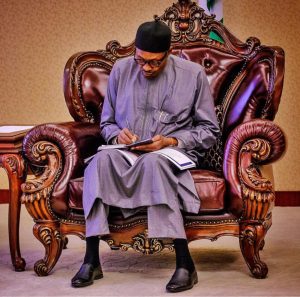 In demonstration of his commitment to fast track the provision of critical infrastructure, President Muhammadu Buhari has signed Executive Order 007 of 2019 on Road Infrastructure Development and Refurbishment Investment Tax Credit Scheme.

The Order signed at the State House, Abuja on Friday, January 26, 2019 would fast track pilot projects involving 19 critical roads across 11 states spread across the six geo-political zones of the country.
.
The projects would be undertaken by six construction and manufacturing companies who are expected to recover their costs through tax rebates.

The companies participating in the pilot scheme of the programme are Dangote Group of Companies, Lafarge Africa Plc, Unilever Nigeria Plc, Liquefied Natural Gas of Nigeria and China Roads and Bridges Corporation.

The President said: “This is another opportunity to demonstrate the commitment of this administration to conceive, design, develop and deliver Public Private Partnerships with notable investors so as to close the road infrastructure gap in the transportation sector.
“Since I oversaw the successful implementation of the Petroleum Trust Fund roads development programme in the 1990s, various models have been adopted in addressing this infrastructure gap.

“In recent years, our reliance on annual budgetary allocations to fund roads development has been disappointing, given that our budget proposals have not always been passed in an expeditious manner by the National Assembly.

“There have also been revenue shortfalls that have hampered our efforts to fully fund critical projects. Furthermore, at the inception of this Administration, we met a significant backlog of local contractors’ debts, which we, as a responsible Administration, have undertaken to clear.”

He government, he explained, decided to introduce the new scheme on roads development in order to boost the confidence of investors in the country.

He expressed the hope that the new scheme would open up opportunities for investors to finance infrastructure development, especially roads infrastructures, with tax credit incentives.

The president maintained that the inability of the federal government to invest in critical infrastructures was due to paucity of funds.

“There have also been revenue shortfalls that have hampered our efforts to fully fund critical projects. Furthermore, at the inception of this Administration, we met a significant backlog of local contractors’ debts, which we, as a responsible Administration, have undertaken to clear.

“We did so with a view to improving the confidence of construction firms in the federal government, and to confirm our ability to honour financial commitments for infrastructure projects, as and when due.

“Despite these challenges, this Administration remains committed to keeping our promises to deliver qualitative roads and transportation infrastructure to our citizens, communities and businesses.

“In this regard, we have consistently adopted innovative solutions to complement the annual budgetary spending on infrastructure,’’ he said.

In her remarks, the Minister of Finance, Zainab Ahmed, said the Executive Order 007 aimed at encouraging investors to invest in roads and other critical infrastructure, based on the demand for such roads in major economic corridors across the country.

Gov. Nasir El-Rufai of Kaduna State, who spoke on behalf of the 36 State Governors, described the new scheme as “innovative governance that serves as a win-win for all’’.

Alhaji Aliko Dangote, who also spoke on behalf of the business partners of the scheme, noted that lack of good road network had impacted negatively on the nation’s economy.

He pledged that the business community would partner with the government in ensuring the successful implementation of the new scheme.

Dangote, therefore, assured that the manufacturing companies would mobilise funds for the refurbishment of roads across the country. (NAN)