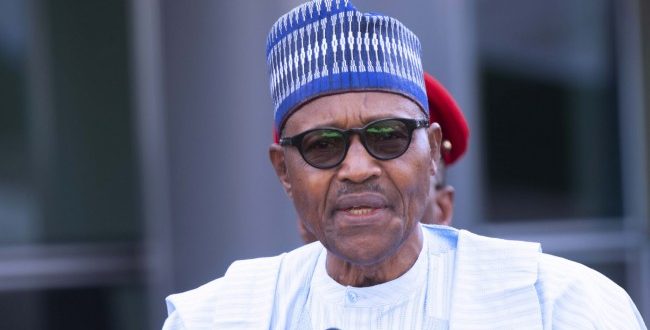 Idowu Hamed May 5, 2020 HEADLINE, NEWS Comments Off on Buhari Mourns Former Gov Nadama, Describes Him As A Great Historian 27 Views

ABUJA: President Muhammadu Buhari has sent condolence messages to the government and people of Zamfara State over the death of the former civilian Governor of the old Sokoto State, Dr. Garba Nadama.

According to a press release e-signed and made available to StarTrend Int’l magazine & www.startrendinternational.com by Garba Shehu, Senior Special Assistant to the President (Media & Publicity), President Buhari said, “I am saddened to learn of the death of Dr. Garba Nadama, a great historian whose PhD thesis is still a source of reference for many students and researchers in the country,” President Buhari said.

The President noted that the late Nadama didn’t come into prominence only because of politics, but also because of his scholarly contributions in the country.

“The former Sokoto State Governor, during the second republic, achieved academic distinction in the 70s when only fewer people had a PhD.

“He rose to the pinnacle of academic excellence through sheer hard work and passion for knowledge, and I believe today’s students should aspire to build on the records of great scholars like Garba Nadama,” he said.

While also commiserating with the government and people of Sokoto State and the family of the deceased, President Buhari prayed Allah to forgive the soul of the departed and reward his great deeds with paradise.