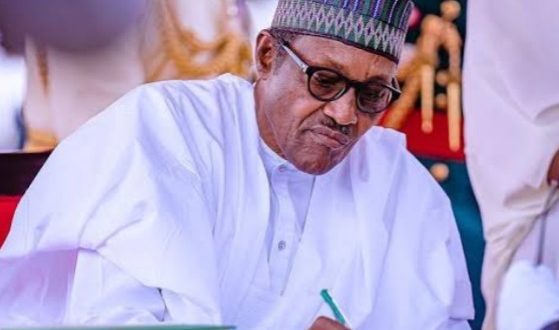 ABUJA – President Muhammadu Buhari has sent letter of congratulations to Professor George Obiozor on his election as the new President-General of Ohanaeze Ndigbo.

According to a release e-signed and made available to StarTrend Int’l & online – www.startrendinternational.com by Garba Shehu, Senior Special Assistant to the President (Media & Publicity); welcoming the new position of Nigeria’s former Ambassador to the United States, Israel and Cyprus, the President urges the eminent diplomat and scholar to deploy his immense experience within and outside government to forge greater unity of the country.

According to President Buhari, “Given Prof. Obiozor’s rich background, especially, in international affairs and pan-Nigerian commitment, I have little doubt that his election is well-deserved and will serve not only the interest of Ndigbo, but also that of his fatherland.”

“We need all hands to be on deck for this country to move forward in peace and unity,” the President adds.

“While wishing the former Director-General, Nigerian Institute of International Affairs (NIIA) a successful tenure, President Buhari enjoins Prof Obiozor to be a “unifying force beyond his immediate constituency.”

Publisher and Editor in Chief - Magazine and Online Tel: 08038525526 - 08023339764 - 08055657329 Email: startrendinter@gmail.com
Previous Nigeria Is Stronger Together, Osinbajo Says At Armed Forces Remembrance Service, Pays Tribute To Nigeria’s Military Heroes, Heroines
Next We Must Scale Up Intervention In MSMES Sector – Osinbajo