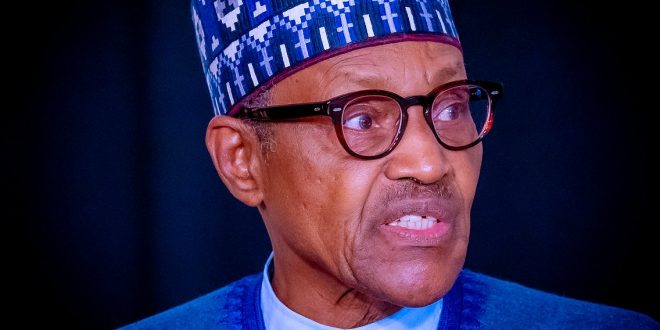 …..Says, Governors Remit Half Allocation To LGA Chairpersons, Pocket Others

President Buhari spoke from the heart after delivering his speech at an event hosted for members of the Senior Executive Course 44 (2022) of the National Institute for Policy and Strategic Studies (NIPSS) at the Presidential Villa, Abuja.

Citing a personal experience involving an unnamed Governor, the President portrayed the sort of corrupt practices perpetrated by some Governors in dispensing resources meant for local councils’ administrations.

He said it beats anyone’s imagination how some Governors would collect money on behalf of council areas in their States only to remit half to the council chairman, who would further deplete the remittance in further pilfering of public resources.

He related the situation to lack of integrity among many of those holding such offices.

Such actions, Buhari said, are despicable and speak of the height of corruption in the country.

According to him, “If the monies from the Federal government to state governments is N100 million, let’s put it at N100 million – N50 million will be sent to the chairman with a letter that he will sign that he received N100 million.

“The governor will pocket the balance and share it with whoever he wanted to and then the chairman of the local government will say how much he must pay as salaries. To hell goes development, monies for the salaries will be given and the balance he will put in his pocket”, he posited.