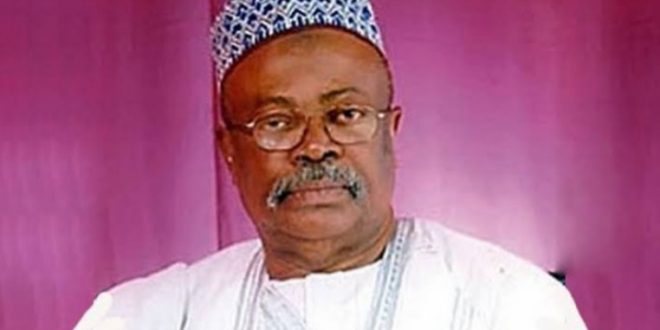 MAKURDI, JUNE 8, 2020: The death has been announced on Monday, June 8, 2020 of Alhaji Abubakar Tsav, the former Lagos State Commissioner of Police, and a renowned critic, aged 81.

According to Torkuma Uke,, Personnal Assistant to the former Police Chief, Alhaji Tsav died at the Federal Medical Centre, Makurdi, on Monday afternoon.

Confirming the incident in a social media post on Monday, his daughter, Heiress Ramatu Weren, said, “I just lost my dad, may his soul rest in eternal peace and glory.

“Daddy we all prayed and believed God for your recovery and we saw improvement, but this is God’s will. All I can say is I thank God for your life.”

It will be recalled that Tsav investigated the letter bomb that killed Nigerian journalist, Dele Giwa, on October 19, 1986.

May the Almighty Allah have mercy on his soul and forgive him all his sins and shortcoming.