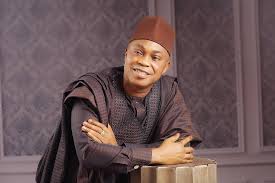 …Says, I’m Most  Qualified To Represent Ogun West At The Senate

ILARO-YEWA – Hon Abiodun Isiaq Akinlade, in his letter of intent, disclosed that if supported to become Ogun West Senator comes 2023, he will use the opportunity of being a ranking member to get “more dividends of democracy to Ogun West”.

The Father of the Youths, as he is popularly known, recently at the Oronna Hall, Ilaro, the headquarters of Yewa South/Ipokia Federal Constituency enjoined the people of Ogun West; young and old; to support his aspiration to become the Ogun West representative at the Red Chamber comes 2023.

“With my Cognate Experience as a Ranking Member of the Parliamentarian, it will give me opportunities and advantages at the Senate “Red Chamber” to bring more dividends of Democracy to Ogun West.

“I’m humbly soliciting for your support, counsel, prayers, and votes to represent the good people of Ogun West at the SENATE”.

Enumerating his giant strides to the hearing of the stakeholders at the Town Hall meeting, Hon Akinlade representing Ogun State at the Federal Character Commission, stated that he has facilitated employment to about seven hundred (700) young people of Ogun West origin.

“In all my political callings, I have always exhibited a high degree of responsibility, courage, honesty, passion and hard work as I have been able to facilitate Federal employment for over 650 youths”.