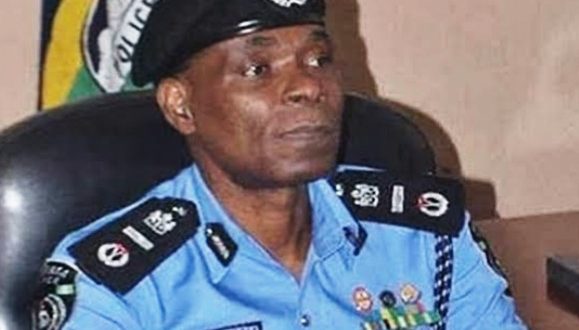 Behold! The Merchants Of Death…A Diary Of Atrocities By A Deadly Criminal Gang

Idowu Hamed June 14, 2020 CRIMEBEAT, HEADLINE, NEWS Comments Off on Behold! The Merchants Of Death…A Diary Of Atrocities By A Deadly Criminal Gang 79 Views

TARABA STATE: His hands drip with blood. He reigns in the forest. He is just 27 years old and heavily armed. He is today the most wanted assassin in Taraba state. He commands deadly gangs of merchants of death. He is Joe Agrema.

Late last year when Jukun and Tiv ethnic groups in southern Taraba mobilized arms to fight themselves over land disputes, little did they know that the young men they armed to defend them would metamorphose to different militia groups that will continue to hunt all.

Desperate to restore sanity, the Jukun and Tiv communities in a petition to the Inspector General of Police, Adamu Mohammed begged the police to help mop up arms and stop several criminal gangs operating in the area. After weeks of intelligence gathering, operatives of the IGP Intelligence Response Team, IRT, led by DCP Abba Kyari arrested five members of one of the notorious gangs alleged to have carried out several assassinations in the area.

The suspects include Daniel Ihyar, Saheed Yakubu, Felix Agrema, Teitase Nyenkwa and Lukman Musa. According to police sources, a 27-year-old man, who was identified by his gang members as Joe Agrema, heads one of the most vicious gangs, which were formed at the wake of the crisis. Joe who is still at large is said to have over 10 AK47 rifles in his amoury and he commands a large number of boys working for him.

The suspects who are his active members confessed to the police that they have carried out countless number of kidnappings, armed robbery and assassinations within Southern Taraba.

Daniel Ihyar during his confession claimed that Joe marked him for execution when he decided to form his own gang. “I am from Gassol area in Taraba and I joined Joe’s gang during the Jukun and Tiv crisis which broke out last year. Although Joe is from Dan Ananacha area but we all came together to defend our territory. Joe who is a Tiv by tribe was one of the commanders during the crisis and was feared by the Jukun people. 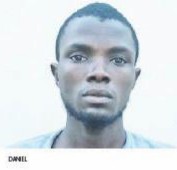 After peace was restored, Joe decided to form a kidnapping gang with all the AK47 rifles that we used to fight during the crisis. He is based in the forest and only comes out if there is contract given to him to kidnap or assassinate someone. He was feared because he regularly intimidates both communities into paying security money to him.

“I became his enemy because I refused to allow him terrorize people in my village. I was asked to tell them to raise N300, 000 and I refused. Somehow, my people heard about it and raised N150, 000 for him. The day he planned to attack them for disobedience, I learnt about it and alerted the community. Policemen and our local vigilance group fought back and killed most of his men that he sent on that deadly assignment.

I was fed up and decided not be part of them again since I cannot guaranty the safety of my people. Few days later, he still came to my community and kidnapped several persons including a businessman from Cross River and the man paid him N250, 000 before he was released.

Joe is too deadly and I hate the rate at which he was killing people. My own interest was to kidnap and make some money. The bloodshed was too much because he was killing his victims even after collecting ransom. His excuse is that they can identify him easily since he does not wear mask. But the truth is that everyone knows Joe because of the role he played during the crisis. I started my gang and some of his boys who were fed up also decided to join me. He learnt about it and gave order to his boys to kill me. I would have been dead if police had not arrested me,” he stated. 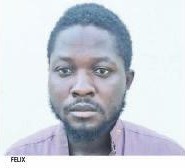 On where Joe could be found, Daniel said that the wanted killer is in Taraba’s forest and can only be caught any day he dares to come to town “It might be difficult for police to arrest him because the forest is very big and he has a lot of informants. Even if police decide to enter the bush, he will hear about it and run away.”

The second suspect, Saheed Yakubu confessed to the police that his main responsibility was to provide accurate information about any person that has been marked for assassination.

I am 20 and a Fulani by tribe, but I was born in Gassol Local Government Area of Taraba. I did not have the opportunity to further my education because my parents are poor. I was advised to become a tailor and Joe is one of my good customers. He normally pays double for any cloth that I sow for him. I was happy at his generosity and we became friends. I allowed him to entertain his friends in my shop; this was how I knew that they are criminals.

Since he was very generous, I decided to help him out by becoming his informant. I normally attend any event that his target will be and confirm their position before he will come and strike. Even after killing the person, I will use my contact at the mortuary or police station to confirm that the person that was shot is indeed the target. 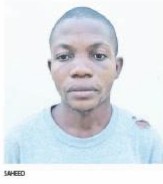 “We have several cases where innocent persons were killed. I can remember a recent situation when Joe sent his boys to kill one man at the General Hospital. After the attack, I was sent to confirm if the target was dead and I was told the body was taken to the nearest police station. I was able to get the identity of the person that was killed at the police station and Joe said that it was not the original target.

Joe was sad because he knew the wrong man that was killed. It was when I got the information that his boys confessed that the man saw their faces and they had no choice but to kill him. He was asked to lie face down but he refused. I assisted Joe to get the phone number of a family member of the dead man. He called them and confessed that it was his boys that killed their son. He promised to pay for his burial and support the family financially.

The last assignment he gave me before I was arrested was to monitor one businessman known as Menassara. He wanted to execute the man because he refused to pay us an agreed amount to stay alive. Joe also killed three of my friends who are also Tiv. Their names are Moses, Avarume and VC who was the vice chairman of youths in our area. He ordered the execution of Avarume because he supported Jukun people during the crisis and killed the other two because they were saying bad things about him. He said that they were planning to betray him by giving police information about him. He only pays me N10, 000 for each successful mission except I join them for any kidnap operation. I have lost count of the number of persons that Joe killed.” 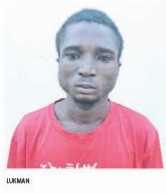 In his own account, Joe’s younger brother, Felix Agrema claimed that he took part in only one kidnap operation with his brother. “I am a student of Adamawa State Polytechnic and Joe is my elder brother. I discovered that my brother was a criminal last December when I came home during the Christmas celebration. I used to see so many bad boys around him whenever he comes home and there was a time he sent me to pick some of his guns from his girlfriend. In March 2020, I joined him in kidnapping some Tiv delegates who were on their way home after visiting the Taraba Governor in Jalingo. We blocked the expressway using army uniform and we abducted the delegates and the sum of N7million was paid for their release. I bought a car with my own share of the ransom.

This was the only time that I participated before police arrested me,” he narrated.

Behold! The Merchants Of Death…A Diary Of Atrocities By A Deadly Criminal Gang# 2020-06-14
Idowu Hamed

Tags Behold! The Merchants Of Death…A Diary Of Atrocities By A Deadly Criminal Gang#

Publisher and Editor in Chief - Magazine and Online Tel: 08038525526 - 08023339764 - 08055657329 Email: startrendinter@gmail.com
Previous Ogun To Introduce Insurance, Pension Scheme For Artisans
Next If By Error Or Commission Obaseki Is Pushed Out, Then APC Is Dead In Edo – Charles Idahosa