Breaking News
Home / HEADLINE / Be God-Fearing In All You Do, Oyelowo Tells Newly Appointed State Council 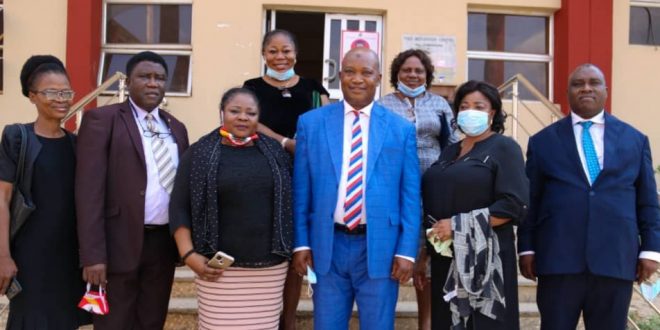 Be God-Fearing In All You Do, Oyelowo Tells Newly Appointed State Council

Idowu Hamed January 23, 2021 HEADLINE, JUDICIARY, NEWS Comments Off on Be God-Fearing In All You Do, Oyelowo Tells Newly Appointed State Council 33 Views 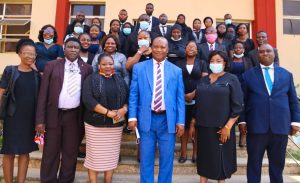 IBADAN – A two day orientation programme was organized by the Ministry of Justice to usher in the newly appointed State Counsel into the ministry.

The event which took place between January 14 and 15, 2021 at the Conference Room Mediation Centre, Ministry of Justice Ibadan was graced by dignitaries whivh included the Attorney General and Commissioner for Justice, Professor Oyelowo Oyewo (SAN) who virtually welcomed the newly appointed State Counsel into the ministry.

Professor Oyelowo in his opening address, made it clear to the new appointees that they should always prepare to pay the price and to win the price, saying, “It is the measure of their effort that will produce the outcome value for them which is the price.”

The Commissioner also warned them to have a non-stop relationship with God and uncompromising integrity and unwavering commitment with God.

He also told them to be God-fearing in all they do and they should be readily prepared to be the very best. 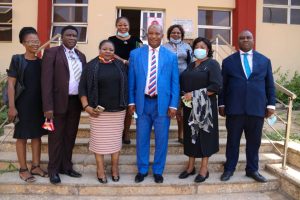 Prof. Oyelowo stressed the need for them to bear a lot of responsibilities and oath confidentiality on any activities of the government.

The Solicitor General and Permanent Secretary of the ministry, Mr. Adewale Wasiu Gbadegeshin while welcoming the State Counsel lamented about the overview prospects and the activities of the ministry.

Gbadegeshin concluded his keynote address by advising the new appointees to develop interest in their specific area of competence.