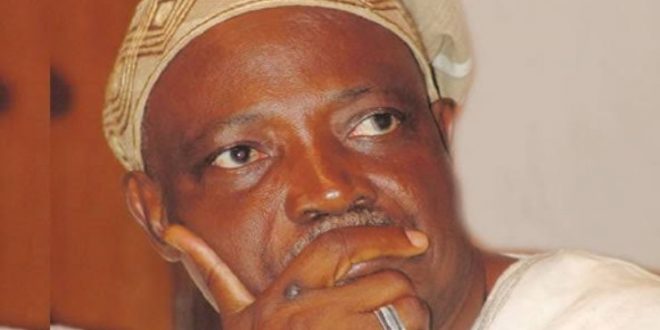 IBADAN – A Special Assistant to former governor Rashidi Ladoja of Oyo state, Barrister Koyejo Oyetunde has described the Commissioner for Local Government and Chieftaincy Affairs in the state, Alhaji Bayo Lawal as a personality with short memory.

Oyetunde said he wouldn’t have reacted to the derogatory remarks of the Commissioner to some political heavyweights in the state, “but Bayo Lawal has been a known sycophant since his days at Ahamadiya Grammar School, Agege, Lagos where he managed to complete his secondary school education”; adding that there is the need to put records straight for the benefit of those who might not be conversant with happenings in Oyo politics.

Bayo Lawal had on Saturday, October 31, 2020 on a live programme, aired by Fresh FM “Political Circuit” said those who criticize Governor Makinde for not fulfilling coalition agreement were political chickens, but Oyetunde said; “Bayo Lawal is an ingrate to the people who God used to bring his principal to power.”

The SA to Ladoja said unlike Makinde, his boss, Ladoja fulfilled gentleman agreement despite the fact that it was not written unlike the 2003 Gubernatorial election when Ladoja accommodated all the three nominees from Chief Adeojo who was his leader then.

“Ladoja did not appoint him for three years because he was not relevant. He belonged to Adeojo’s group at that time. Meanwhile, Alhaji Adeojo nominated three people which were; Dr. Jelili Amoloye of blessed memory from Igboho, Oorelope local government, Dr. Muritala Tola Adejumo from Atiba local government and Hon. Ojoawo from Ibarapa East local government and they were all appointed as Commissioners.

“If he was of good political value to him, Chief Adeojo could have nominated him for Ladoja,” he said.

Oyetunde further stated that Ladoja later made him a Commissioner when the cabinet was reshuffled following recommendation by his leader, Chief Adeojo.