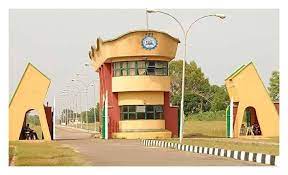 ILARO-YEWA – The Special Assistant to the Ogun State Governor on Students’ Matters, Azeez Adeyemi, has assured the students of the Federal Polytechnic, Ilaro, of the State government’s frantic efforts to handle the recent attacks on the students of the institution.

It would be recalled that a group of armed robbers have reportedly invaded students’ apartments at the Federal Polytechnic, Ilaro, Ogun State.

Apart from molesting the female students, the armed men were also said to have taken away their mobile phones, laptops, money and other valuables.

Azeez Adeyemi also noted that the National Association of Nigerian Students (NANS) is working with the state government to stop the attack on students of the polytechnic.

His words, “We are not leaving any stone unturned to put an end to the matter. We are on it already. NANS is also on it.”

However, the management of Federal Polytechnic, Ilaro, security personnels and stakeholders recently met at the institution to fragment out strategy to avert future occurrence of such incidence.

At the end of the meeting, it was resolved that all Community Development Associations in Ilaro must hire night guards and students must obtain tenancy forms.

It was scooped that the robbers, numbering about eight, attacked students living off campus in areas such as School 2 and Deuteronomy area of Ilaro.

A student who spoke on condition of anonymity on the incident has this to say, “On saturday night, unknown gunmen struck again. They broke into buildings to rob.

“They fired shots, broke the burglary proof to gain entrance into buildings. One of the students was hit by a bullet in the eye.

“They raped female students and made away with their valuables.

“We are crying out for help. We have been on this for over

It’s now a week and nobody is doing anything about it.

Some of our girls were raped, houses were destroyed. We don’t know what is happening.

Nigerians should come to our aid,”

Another student said that a number of the students have fled the school environment to their various homes as there seems to be no help in sight.

It was learnt that landlords in student-dominated areas in Ilaro met on April 12, 2022 to make some decisions on the security situation in the town.