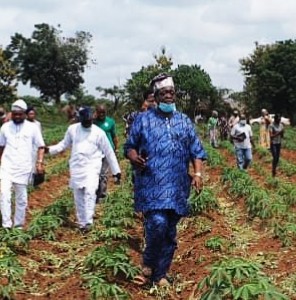 AIYETORO – Beneficiaries of the Federal Government’s sponsored Anchor Borrowers’ Programme (ABP) in Yewa-North Local Government Area of Ogun State, have showered encomium on the State government for ensuring hitch-free in the selection process.

According to a release e-signed and made available to StarTrend Int’l magazine & www.startrendinternational.com by Lateef Akintunde, ZIO, Yewa North LG, Aiyetoro, speaking with newsmen in Aiyetoro, the President, Ireti Agbe Agricultural Cooperative, Chief Ishola Olateju, said the programme was designed to make participating farmers adopt mechanized farming in growing their crops in large quantity and make good profit, describing it as a welcome idea that would facilitate youth empowerment, food security and poverty eradication.

Olateju lauded the ABP of the government, which he noted would ensure food sufficiency, enjoining beneficiaries to pay back the money given at stipulated time, so as to have access to another round of credit under the scheme.

While appreciating the Ogun State government for fulfilling its promises to local farmers, two of the beneficiaries, Mr. Akinbode Adeneye and Rev. Gbolahan Adelakun said it was an attestation of the transparency policy of the present administration, as they were chosen unbiased. 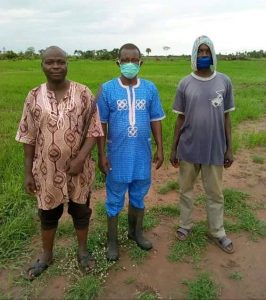