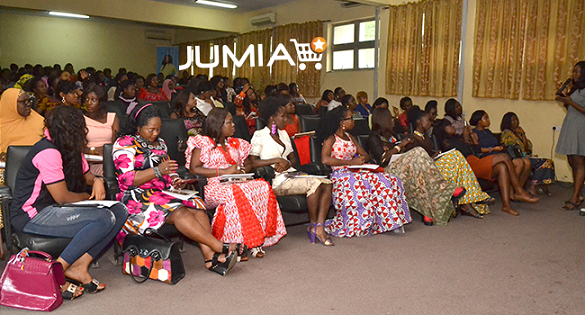 From the clamour for girl-child education and women empowerment in Africa, to the relaxation of age-long social construct against women even in the Arab world, the need to give women more room for social engagement and growth is making the headline. And it’s safe to say that there has never been a better time to be a woman than in the 21st century.

Globally, the year 2020 is pivotal for advancing gender equality, as the global community takes stock of progress made for women’s rights since the adoption of the Beijing Platform for Action in 1995.

Communities across the globe are now being tasked to examine societal realities that are so much skewed against the women folk. Less political representation; fewer opportunities for economic participation; greater health and safety risks; less access to basic and higher education, are some of the many aspects women play second fiddle to their male counterparts.

While a lot of the talking is being done, it is also crucial to pay attention to how the issue is being addressed, by way of actions being taken to reduce the gap and have a fair representation for women. The female gender is known for their innate business acumen. Global business is fast tilting digital. Hence, women’s growth and empowerment endeavor in this direction is futuristic and portends great impact especially on the African continent.

It is in this direction that Africa’s leading ecommerce platform, Jumia has continued to demonstrate its interest in women development and gender equality. The company can be seen as acting the part by promoting gender equality in a tech driven space which is hailed as the future of the business world.

Speaking on the company’s policy on gender equality, Jumia Nigeria Chairwoman, Juliet Anammah, explained that equality is key, while talent and performance are used as indicators rather than gender.

“At Jumia, we are convinced that diversity is a major asset for the company’s performance. This is why we have made gender equality a strong policy. It is a daily concern both in recruitment and in the life of the company, where we want performance to be the only real indicator that counts for each employee.”

She further added that, “Jumia is involved internally with a working environment that is conducive to the hiring and networking of women. Externally, we are the partner of concrete actions to support women entrepreneurship. These commitments are reflected in our workforce. Today, more than a third of our employees are women and in some countries, such as Kenya, we have achieved parity”.

Jumia demonstrated commitment to improving gender parity within its own walls by creating the Africa Internet Group Women Committee. The committee is there to protect women against any form of harassment they could experiment in the workforce as well as provide career counseling and mentoring. According to Jumia, the group has one of the highest percentage of female employees in leadership positions such as managers, MDs, and CEOs.

In a move portrayed as a way of promoting gender equality in the workplace, Jumia Group recently named Diana Owusu-Kyereko as the first CEO of its Ghana outpost.

She was then appointed chief commercial officer of Jumia Kenya before being tapped for her current role. Also, Juliet Anammah, the former CEO of Jumia’s largest market, was recently appointed Head of Institutional Affairs for Africa and Chairwoman of Jumia Nigeria.

Furthermore, Jumia’s JForce Programme is reaching out to disadvantaged women and giving them financial independence. The programme now comprises women, the majority of whom are housewives and stay-at-home mothers.

The programme aims at empowering and enriching entrepreneurs-to-be with the full support of an established brand, giving the opportunity to mothers to contribute to the household earnings. Jumia appears to have established a working environment hinged on equal opportunity that allows talents to blossom.

The company has talented women at all levels of the organization, across all countries. With a strict policy and ardent commitment to the course, Jumia is on a path of taking gender parity from being a goal to becoming a reality in the African eCommerce space.