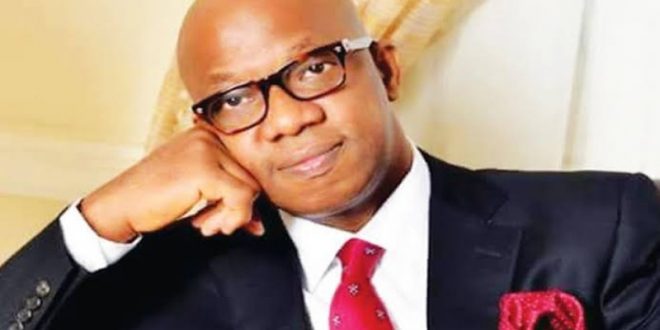 Amosun’s Prepared Budget, Not Suitable For My Administration – Dapo Abiodun

ABEOKUTA: Ogun state Governor, Dapo Abiodun on Thursday, October 10, 2019 said the current 2019 Budget prepared by the immediate past Administration was not in tandem with his administration’s vision for the state.

Abiodun who spoke during a Town Hall Meeting on the 2020 budget for Ogun East Senatorial District held in Ijenu-Ode maintained that his administration shall made the best use of the budget to deliver his campaign promises across the State.

His words “Let me say it here that though the current 2019 Budget prepared by the immediate past Administration was obviously not designed with the Building Our Future Together Agenda of our Administration in mind, we have made the best use of that budget to deliver on our campaign promises across our dear State”.

Abiodun said, “We will all recall that, over the years, people were usually gathered for the Town Hall Meeting at the June 12 Cultural Centre, Kuto, Abeokuta.

“The people were mobilized for the meeting from all the three Senatorial Districts, and, thereby making the journey uneasy for some stakeholders and impossible for some others. As a responsible, responsive and focused Administration, we understand the stress and how it feels not to be part of the decision making.

“That situation puts, at a more disadvantage, our women and youths who form the higher percentage of our population and a vital segment for any sustainable development plan. In ameliorating these challenges, we have decided to take it a notch higher by organizing the Town Hall Meeting in all the three Senatorial Districts of our dear State”.

Governor Abiodun said by decentralizing the Town Hall meeting and making it more inclusive and participatory for stakeholders, his administration is achieving Goals 10 and 17 of the Sustainable Development Goals (SDGs), which are “Reduced Inequalities and Partnership for the Goals”, respectively.

He added that the two Goals will greatly impact the successful implementation of government policies and programmes for the achievement of the other 15 Goals of the SDGs.

The Governor noted that in doing all these, his administration’s budget preparation would be more inclusive towards rekindling the hopes of the people and reawakening their confidence in their government.

Abiodun said, “Therefore, it strengthens the bond between the government and the people, Government and people becoming the two sides of the same coin, rather than two different entities.

“This is the partnership that drives sustainable development. Borrowing the words of one of the greatest Political Scientists, Francis Fukuyama, virtually all economic activity in the contemporary world is carried out by a high degree of social cooperation.”

He promised that the Town Hall Meeting will not just be a talk shop, saying, “Distinguished ladies and gentlemen, I assure all that 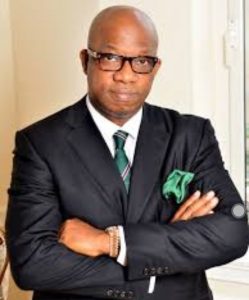 this is not just a talkshop as we will take copious notes of all your comments, recommendations, proposals and even critique, during the interactive session that will follow. Your views and inputs will be incorporated into the 2020 Budget estimates and will subsequently manifest in desired outcomes in each of the three Senatorial districts”.

Speaking earlier, the Consultant to the Governor on Budget and Planning, Olaolu Olabimtan said the meeting is aimed at having a robust interaction with relevant stakeholders across the three Senatorial districts of the state towards the preparation of the 2020 Budget.