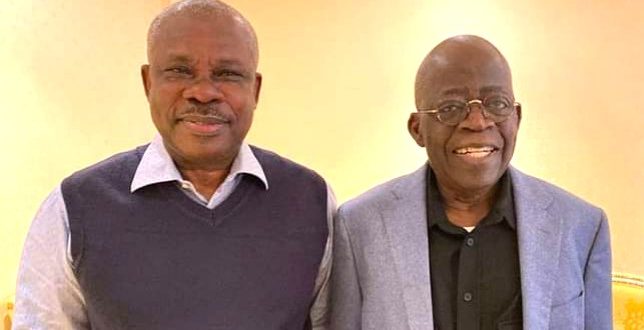 In a recent photo that has gone viral on the social media, the Senator representing, Ogun Central was seen sitting together on the same chair with his political leader (Tinubu). They even wore the same shoe. (see the photo below).

It would be recalled that, ‘Jagaban‘ as Tinubu is fondly called has been in the United Kingdom since July this year for a knee surgery and it was scooped he’s recuperating very fast.