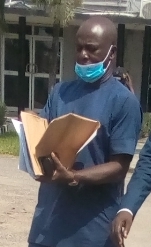 Justice Obiozor ordered the remand of the banker in the custody of Force Criminal Investigations Department (FCID) Headquarters Annex, Alagbon, Ikoyi, Lagos, for another seven days, at the instance of his counsel, Mr. C. A. Ajuyah (SAN), who pleaded with the court, to allow him to be in the police custody rather than in the custody of Nigerian Correctional Services (NCoS), till when he would have perfect his bail terms.

FCID, through its prosecutor, Mr. Morufu Animashaun, had on Thursday, November 26, 2020, arraigned the top banker before the court on a three-count charge of conspiracy, obtaining by false pretense and fraud.

While arraigning the defendant, Animashaun told the court that Egueke, the defendant and others now at large, between May 14, 2010 and December 31, 2019, at No. 2, Balogun Close, Ikoyi, Lagos, conspired among themselves to obtain the said sum from the Managing Director of Global Select Investment Services Limited by false pretense, claimed he will help him sell some goods and remit money to his Bank.

The Prosecutor also told the court that the banker, upon selling the goods, diverted the proceeds to his Zenith Bank Account Number 1020019782, while informed the fraud victim, that most of the goods he imported from USA were inferior and of low standard.

The prosecutor told the court that the offences committed by the defendant, are contrary to Section 8(a) and 1(1) of the Advance Fee Fraud and other Fraud Related Offences Act No. 14 of 2006 and punishable under section 1(3) of the same Act. And Section 390 (7) Criminal Code Act Laws of Federation 2004.

Egueke, the accused, had however denied the allegations.

Upon his denial, Justice Obiozor, had remanded him in FCID’s custody till Tuesday, December 1, 2020, for hearing and determination of his bail application.

At the resumed hearing of the matter, the defendant’s counsel, Ajuyah (SAN), upon moving his application, told the court that his client has credible sureties to stand for him, adding that the defendant will not evade trial neither will he tamper or interfere with the prosecution’s evidences and witnesses.

However, the prosecutor, Animashaun, while vehemently opposed the application, said the defendant is a ‘flight risk’, and that he may not turn up for his trial if granted bail.

Animashaun, therefore urged the court to refuse the application.
Justice Obiozor, while ruling on the counsel’s submissions and after citing plethoras of authorities, said: “granting bail to a defendant, is at court’s discretion”.

Consequently, Justice Obiozor, admitted the Bank Manager to bail in the sum of N50 million with one surety, who must be a resident within the court’s jurisdiction.

The judge also ordered that the surety must have evidence of three-year tax payment, title deed and one year statement of account.

Justice Obiozor also ordered that all the bail terms must be verified by the court’s Deputy Chief Registrar.

Justice Obiozor while adjourned the matter till March 16, 24, 25, 30 and 31, 2021, for trial, ordered that the banker be remanded with the FCID, Alagbon, Ikoyi, Lagos, for seven days, after which he will be transfer to Nigerian Correctional Services’ custody.

Publisher and Editor in Chief - Magazine and Online Tel: 08038525526 - 08023339764 - 08055657329 Email: startrendinter@gmail.com
Previous Selling Our Cultural Heritage Will Not Help While Other Tribes Are Embracing Theirs – Erelu Amoke Kuku
Next TERRORIST ATTACK ON FARMING COMMUNITY IN BORNO: WE WILL DO ALL IT TAKES TO SECURE NIGERIA – OSINBAJO 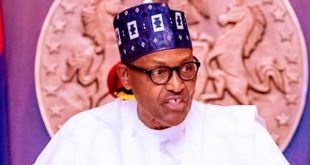