Breaking News
Home / HEADLINE / Akeredolu Showers Encomiums On Amosun, Other Governors For Standing By Him Like “Rock Of Gibraltar” 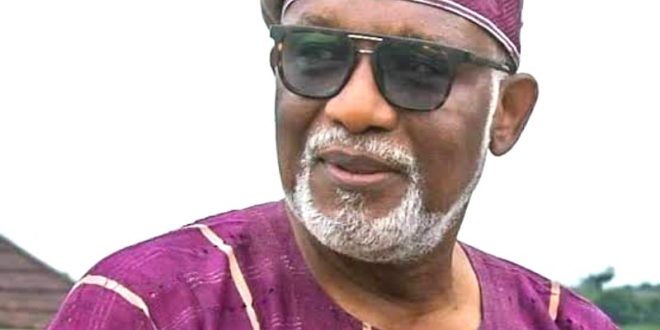 Akeredolu Showers Encomiums On Amosun, Other Governors For Standing By Him Like “Rock Of Gibraltar”

Idowu Hamed October 11, 2020 HEADLINE, NEWS, POLITICS Comments Off on Akeredolu Showers Encomiums On Amosun, Other Governors For Standing By Him Like “Rock Of Gibraltar” 94 Views

ABEOKUTA – Ondo State governor and All Progressives Congress (APC) governorship candidate, Oluwarotimi Akeredolu, has eulogized APC governors and particularly he singled out the immediate past governor of Ogun State and current Senator representing Ogun Central Senatorial District, Senator Ibikunle Amosun, for standing by him in the electioneering campaign leading to his victory in last Saturday’s governorship election in the state.

In a widely circulated video on the internet, where Akeredolu gave his post-election speech, Ondo governor stated that he was highly elated by the show of support and camaraderie by his colleague-governors.

Akeredolu stated he was grateful to all those who stood by him like “Rock of Gibraltar and other governors, particularly my own very good friend, immediate past governor of Ogun State, SIA, Oye Omo Ajiri, Ibikunle Amosun”.

Candidate of the Peoples Democratic Party (PDP), Eyitayo Jegede polled 195,791 while Agboola Ajayi of the Zenith Labour Party (ZLP) scored 69,127 votes.
*Elegbede is the spokesman of All Progressives Congress (APC) in Ogun State