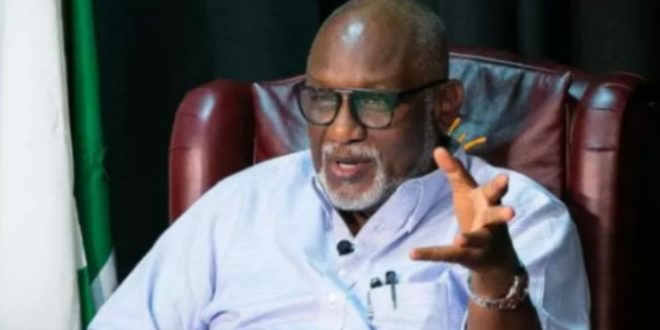 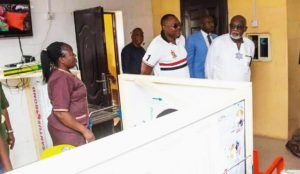 AKURE: The determination of the Governor Oluwarotimi Akeredolu administration to provide first-class health facilities for the people of Ondo State has taken another giant leap with the commencement of the construction of a modern world-class teaching hospital at the former State Hospital in Akure, the state capital.

Already, the Critical Care Unit complex has been constructed and will be used as the temporary Accident and Emergency ward to allow for the demolition and construction of a two-storey complex at the current A & E building.

Similarly, a new building has been constructed for the Children Emergency ward, which was never in existence since the establishment of the hospital. 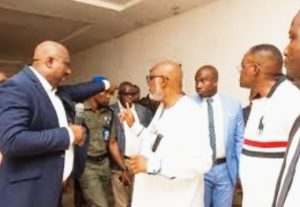 The Akeredolu-led administration has also began the reconstruction of a 16-year-old abandoned structure at the hospital, which is projected to be used for surgical out-patient and stroke ward.

Addressing Journalists after inspecting the ongoing construction at the facility, Governor Akeredolu said his administration is upgrading the health facility from a 150-bed to a 300-bed hospital.

Arakunrin Akeredolu also hinted that he has given a directive that houses very close to the hospital should be valued, as his administration is ready to acquire the buildings and compensate the owners.

He said apart from the fact that it is very dangerous living very close to a hospital, the acquisition will enable government to expand the facility and build a modern world-class Teaching Hospital. 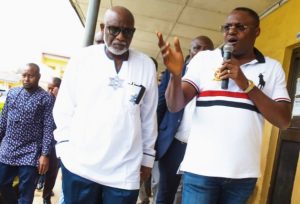 Akeredolu said: ”All of us have toured this facility and I’m sure you remember what we met on ground here. Since we came on board, things have changed here including the road network and a number of buildings here have been renovated, but we have just started.

“The important thing is that we are building a new medical ward, a two-storey building and it will be so big. Very soon, by next month the frontage will go down and it will allow for a modern medical world-class facility here.

“It is taking us a lot to arrive at making this place a world-class Teaching Hospital. We know that the University of Medical Sciences needed to have a befitting hospital. Instead of building new ones or concentrating in one area, we decided to have a multi-sector hospital. 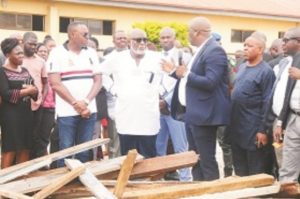 “I have looked at the buildings that are too close to the hospital and I have asked that they should be valued so that we can acquire them and compensate the owners.

”Our target is to have a 500-bed Teaching Hospital. A number of buildings around will have to go and we will pay compensation and expand the hospital to make it big.”