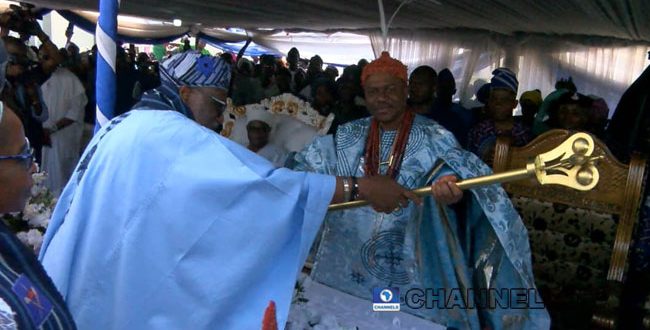 OWO, ONDO STATE: The Governor of Ondo State, Arakunrin Oluwarotimi Akeredolu has assured the people of Owo in Owo Local Government area of Ondo state of peace and transqulity during the reign of Oba Ajibade Gbadegesin Ogunoye III, the Olowo of Owo Kingdom.

Akeredolu who was the Chief Host at the event which took place at the Olowo’s palace, Oke-Oja, Owo on Saturday December 14, 2019, stressed that the people of the town will enjoy a reign that will witness peace and development.

Oba Ogunoye became the monarch after winning the election

conducted by the kingmakers of the ancient community in July 2019, and was installed as the monarch in August same year.

The governor while presenting the staff of office to the monarch, used the occasion to commend people of Owo on the choice of Oba Ajibade Ogunoye as the 33rd Olowo of Owo kingdom without any rancour and brimstone, adding that the healing process for the town has just commenced.

was a round peg in a round hole.

“This choice no doubt has set the stage for a reign which promises to witness unprecedented peace and development in Owo.

“I know all your concern; I have had discussions with you overtime since you came into this office; I’m sure you are interested in the development of this town and adjoining towns and villages; the healing process has commenced in a town which has experienced a serious crisis in the past.”

The governor also said, “This is the first time we are having succession without any hitch. Everyone within the community accepted you as their Oba, hence the peaceful conduct of the entire

process. I am happy that you have become the Oba in a time that Owo is celebrating her 1000th anniversary of existence. Today’s event is historic. You are a millennium king.’’

Akeredolu thanked God that unity is being restored to Owo kingdom, saying, “We must consolidate the present unity. We must, therefore, encourage ourselves, particularly the youth, to go back to the farm. Our land is so fertile to grow cocoa, coffee, palm

kernel, cassava, yam and others in abundance.”

He urged the youth to venture into agriculture as well as Information Communication Technology, saying that the future lay

with the two sectors.

“We must as well key into the agricultural policies of the Federal and the State Governments, as much wealth could be generated from agriculture. I urge our youths to please go back to the farm, as I equally urge those of us

who have the resources to invest in agriculture in order to employ our huge youth population that are not gainfully employed.

“Our youths must come to terms with the reality that the era of white-collar jobs is gone. I will, in that regard, continue to encourage our youths in the area of agriculture, and interested investors alike.

“I must point out that most of our youths lack the basic skills required to handle technical jobs, which have been taken over by foreign migrants (Togolese, Beninese, etc.) This is not as a result of lack of technical training school, but lack of interest in such endeavours. It is necessary, as I will continue to 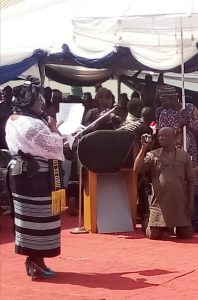 appeal to our youths to acquire basic skills, to be able to handle highly essential technical jobs.

“Also we will encourage our youths to explore legitimate opportunities in ICT, which is a fast-developing and beneficial sector now available for wealth creation. We will work towards the possibility of having an ICT hub in Owo.”

In his address on the occasion, Oba Ogunoye also advised the youths to venture into agriculture and join hands with him to solve challenges facing the town.

His words: “I must inform you that these activities were put in 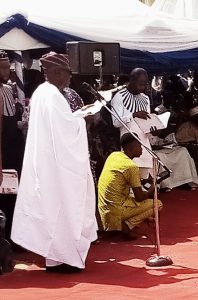 place to proffer solutions to the challenges facing the kingdom; Infrastructural provision, lack of unity, unemployment, illiteracy, and lack of skills among our people, prevalent cult activities, particularly amongst our youths, abandonment of agriculture, lack of interest in business activities within the kingdom.

“We thank God that unity is being restored in the land and we must consolidate on that. We must encourage ourselves, particularly the youths, to go back to the farms, to learn skills.”

The official presentation of staff of office to Oba Ogunoye coincided 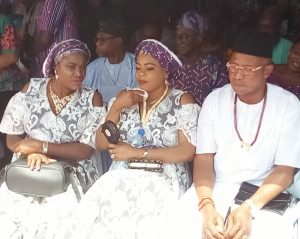 with the 1000th-year celebration of Owo existence.

Oba Ogunoye however urged all sons and daughters of Owo kingdom to invest in the development of the town, reiterating his commitment to continue preservation and promotion of the community’s cherished heritage.

In an interview with some indigenes of Owo kingdom, Engr. Yomi Dowole, a Chattered Civil Engineer congratulated Oba Ogunoye

and the entire people of Owo on the success of the process of electing the 33rd Olowo of Owo. He however calls on the people to support the monarch.

Contributing, the former Senior Programme Officer at National Orientation Agency (NOA), Mr. Olatunji Amobonye said that he was happy that the event went peacefully without any crisis. 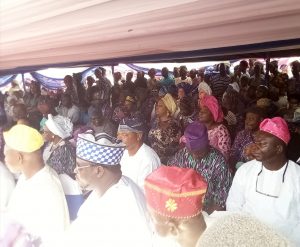 in such a way to engender tourism.

Speaking in the same vein, the former staff of Nigerian Television Authority (NTA) who is now a civil contractor, Engr. Segun Azeez commended Ondo state governor, Arakunrin Akeredolu for his giant strides in Ondo state since assumption of office.

He also thanked the governor for his unflinching support towards making the installation of the new Olowo of Owo a huge success. 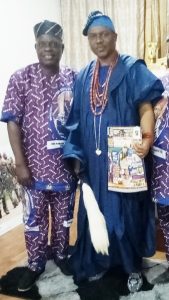 Azeez however prayed for the peaceful reign of Oba Ajibade Ogunoye, and wishes Governor Akeredolu success in his second term bid in the state, while he called on the people of Ondo state to make Aketi’s second term a reality.

The event was graced by creme of the society who came from within and outside Ondo State. They include the Ooni of Ife, Oba Enitan Ogunwusi, Deji of Akure, Chief Rotimi Ibidapo aka Bassey, an Oil & Gas magnate among a host of others. 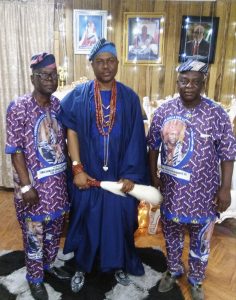 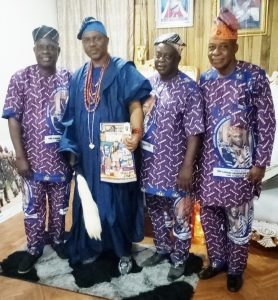 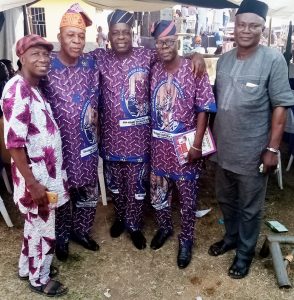 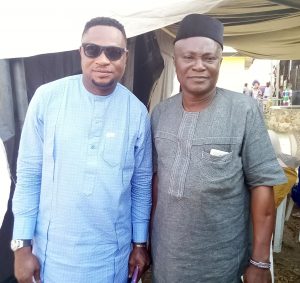 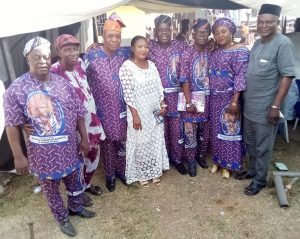