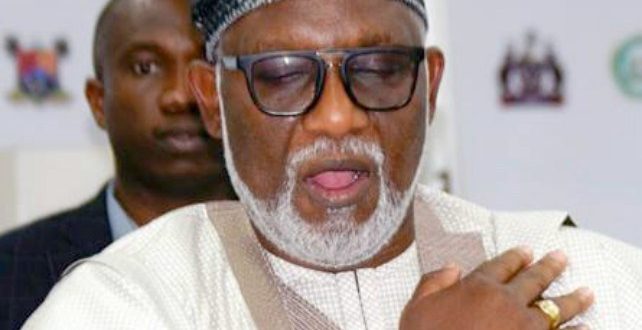 Governor Rotimi Akeredolu, of Ondo state, has emphasised the need for the periodic summit for media practitioners in the country in order to learn about the latest development in the media industry and also to keep them ahead of the game.

Akeredolu stated this in Ilara Mokin, Ifedore Local Government Area of the state while declaring open a Content Summit organised by Radio Nigeria, Ibadan Zonal Station, with the theme ” Commercialisation and Professionalism in Broadcasting, Striking the Balance”.

Speaking on the theme of the Summit, Akeredolu said it would be difficult to strike the balance between commercialisation and professionalism in view of poor funding of the media industry.

He said “It is not easy to strike balance between commercialisation and professionalism, without making money how can you run a radio outfit, money is very crucial. However, doing things in the right ways should not be a sacrifice for money.

“Professionalism should not be sacrificed for money because unbiased, objective news content is the most important thing to the public”.

The governor, however, noted that periodic summit for journalists would help to equip and broaden the knowledge of participants saying this will allow them to optimise media strategy and ultimately, improve results.

Akeredolu underlined the need to find new ways to review the content and other operational issues in the Radio stations, with a view to repackage the organisation for better service delivery.

He said ” every organisation that wants to remain in business needs a moment like this a moment of self-appraisal, It is a significant step towards your human capital development and I hope you would sustain it to always bring your personnel up-to-date in all development in the industry

“With the growing competition occasioned by many radio stations, survival may not be for the fittest. Radio Nigeria, as the flagship of broadcasting in the country, should be a model. You are supposed to be setting the pace for others.

“I guess this is the driving force behind the two-day programme
being attended by about 80 delegates from FRCN stations in SouthWest.

But I must mention this that to us in Ondo state, Radio Nigeria is a medium of communication that is endeared to our heart, and serves us well through Positive FM, Akure. You have contributed immensely to the national cohesion”.

The Director-General, FRCN, Dr Mansur Liman in his remark, commended the south-west stations for their display of professionalism and balanced reports over the years.

Liman who was represented by the Director, Lagos Operation centre, Mr Adeyinka Amosu,  noted that none of the stations had been sanctioned for unprofessional conducts before, during and after the conduct of the last 2019 general election.

He, however, called on the staff of the organization to continue to maintain its leadership position in the world of broadcast industry in Nigeria by introducing new innovation to broadcast in the country.

The Zonal Director, Ibadan Zonal station, Alhaji Mohammed Bello said the Summit was organised to strategise on how Radio Nigeria would cope with stiffer competition in the broadcasting industry.

The General Manager, Radio Positive FM, Mr Tunde Abiodun expressed appreciation to the Ondo state government and the Elizade university for providing an enabling environment for the hosting of the Summit.

The FRCN Content Summit is the first in the history of the Ibadan Zonal Station of the organisation where over seventy participants are attending the programme organised by the management.