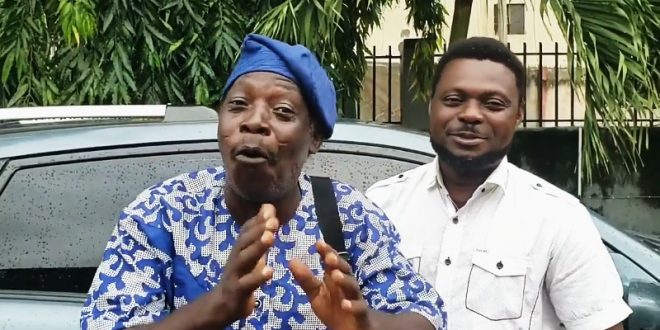 Ajirebi (Pa James) with Kunle Afod in the video

Ajirebi Thanks Funke Akindele, Others Over Flooded House, Debunks Actress Giving Him A House

Olaseinde, who is also called Ajirebi by his teeming fans however thanked Funke Akindele-Bello for giving him money to rent a new house.

Recalls, Kunle Afod, younger colleague to “Ajirebi”, drew the attention of his fans to Pa James’ plight on Instagram on Wednesday, July 8, 2020.
It was scooped that shortly after it was alleged on social media that the actress had bought him a house, this was why “Pa James” debunked the reports on Instagram on Friday, July 10, 2020. 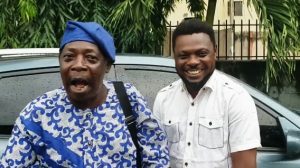 In the video which was shared by Afod and went viral, “Ajirebi” thanked all those who came to his rescue after he was rendered homeless.

“Pa James”, however, clarified that what he got from her was money to rent another apartment, “not a new house”.

His words, “Funke Akindele really tried for me a lot, she has been so supportive, she helped me in a very big way, but some media houses got it wrong when publishing it. 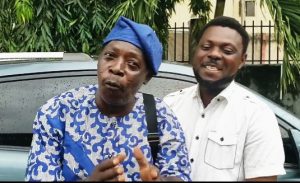 “She did not build or buy a house for me; she only gave me a reasonable amount of money to get a better apartment to stay with my family, mainly because of my health.

“So please, I’m not denying the fact that she helped me, but she didn’t buy me a house, she rented a better apartment for me.”

“Ajirebi” also expressed his gratitude to his colleagues in the industry and his fans that offered him assistance towards his plight, saying, “Thank you all, and God bless you.”

He particularly mentioned Toyin Abraham, Ibrahim Chatta, Faithia Williams, Afolayan among a host of others for their help. 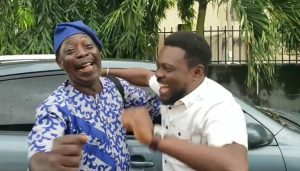 “Pa James”, also called Ajirebi started acting in 1976. His master then was the late Olanrewaju Ali, who had a theatre group in Lagos.

Kayode Olasehinde was an employee of UTC Hardware, Apapa and was a labourer when he began his acting career. But at a point, he decided to veer into fuji music which was not successful.

He joined Emulewu Theatre Group in 1982 where he was named “Ajirebi”. He produced his first movie, ‘Enu Ope’ in 2001. 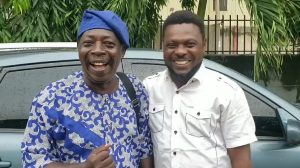 He became more famous after Wale Adenuga gave him role of “Pa James” in the popular drama series “Papa Ajasco”. 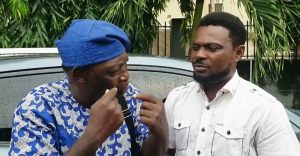