Breaking News
Home / NEWS / Ajimobi Named Roads After Self,  Others 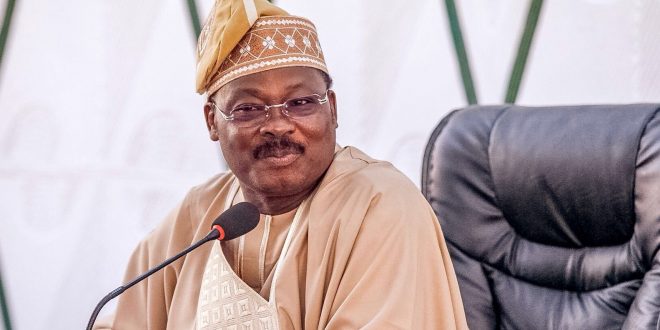 Ajimobi Named Roads After Self,  Others

StarTrend May 17, 2019 NEWS Comments Off on Ajimobi Named Roads After Self,  Others 23 Views

Among those who got honoured are former governors, late Lamidi Adesina, Adebayo Alao Akala, Rashidi Ladoja; monarchs, the Alaafin of Oyo, Oba Lamidi Adeyemi; the Olubadan of Ibadan land, Oba Saliu Adetunji and the Soun of Ogbomoso, Oba Jimoh Oyewumi.

This development conveyed in a statement released by state Commissioner for Information, Culture and Tourism, Mr Toye Arulogun, added that some road and institutions will be named after the current governor, Ajimobi.

Meanwhile, the Mokola flyover is named Transformation Flyover, Challenge – Efunsetan Road is to be known as Lam Adesina road while Ijokodo – Apete road is to be called Ambassador Olu Sanu road.

Arulogun, in the statement, said that the process for the amendment of the enabling laws to back up the renaming of the institutions will commence immediately.

Meanwhile, Ajimobi is scheduled to commission some projects from today.