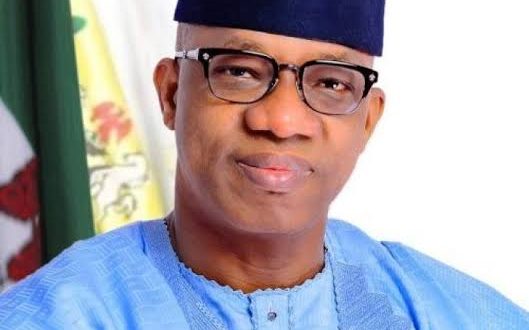 One of the prayers for pregnant women in Western Nigeria is –  “Agbohun lya a gbohun Omo”. Meaning, the pregnant women shall successfully deliver their babies without a hitch. This emphasised the high value the society attached to the wellbeing of both the mother and their babies during birth.

To ensure a resounding success at the grassroots level, the core principles of establishing Primary Health Centre (PHC) as the basic structural unit of the public health must be established to enbolding public trust in its capacity to provide accessible, affordable and available healthcare services to the  people, particularly those at the Local government areas  of the state.

One key advantage about Primary Health Centre is that it is a healthcare intervention across both low and middle earners in Nigeria. Moreso, it is very close to the people with the aim of ensuring their wellbeing especially to stem Maternal and Perinatal Death (M&PD) among pregnant women which occur during the birth of a child and the records revealed  that, it has  led to death of a lot of women, especially in developing countries.

Reports have it that, some pregnant women in Sub-Sahara Africa still believe that any death that occurs during child labour or after birth is purely spiritual attack. No wonder some women during pregnancy fail to utilise and tap from embedded values in Primary Health Center, rather they prefer to visit the native herbal-care shops (“alagbo Omo”) for their ante-natal to fortify them against spiritual manipulations and  this potends grave consequences for some of the ignorant women when crisis arises.

According to view of the World Health Organisation (WHO), maternal death is the death of a woman during pregnancy or within 42 days after delivery, while perinatal death is the death of an infant after birth and it has no spiritual colouration, but mainly complications due to some ante-natal negligence among other health challenges facing the ignorant women.

As a matter of fact, it was disclosed that, perinatal period begins at 22 completed weeks, precisely 154 days of gestation and ends seven completed days after birth.

As a result of the nonchalant attitude to maternal care of some women, many of them have been rendered childless and many children have become motherless. A report from WHO, revealed that about 303,000 women died of complications during pregnancy and child birth in 2015, mainly as a result of lack of access to quality healthcare at Health Centre before, during and after child birth.

Investigation also revealed that some factors have also been pinned down as some of the challenges leading to increase in rates of maternal and perinatal death in Nigeria, inspite the existence of Primary Health Centre at the Local Areas, and some of the factors include obesity, severe infection during pregnancy, high blood pressure, unsafe abortion, domestic violence, late registration for ante-natal and unhygienic conditions.

Researchers have disclosed that, of all the listed factors, late registration for ante-natal has been considered to be the most prevalent and responsible factor for increased maternal and perinatal death in some developing countries. Records showed that most pregnant women in this region do not register for ante-natal care and treatment until when they are about to  deliver their babies. Reasons for this nonchalant attitude was due to lack of confidence in efficient service delivery at Primary Health Centre, making it almost impossible to correct any complications and anomalies at this stage.

Though, It is worrisome that Nigeria still ranks second globally in the number of maternal deaths according to WHO report in 2010. As  most maternal death reviews in Nigeria are isolated research based on the reports from a single health facility. For example, present administration in Ogun State was determine to stem the growing ratio of perinatal death,  through a constant  study of causes and contributory factors of maternal mortality in the state, and this was done through a periodic state-wide Maternal and Perinatal Death Surveillance and Responses (MPDSR) review.

This MPDSR exercise revealed the ratio and average cause of maternal death which include, Haemorrhage, pre-eclampsia and eclampsia account for it respectively.

The reported challenge being faced in the past, such as, inadequate equipment, lack of ambulances for transportation, and delay in referral services, poor percent of women that have ante-natal care while significant proportion were referred from Traditional Birth and Mission houses.

As a matter of fact, the present administration in Ogun State, led by Prince Dapo Abiodun has rehabilitated about 236 Primary Healthcare Centres in every ward of the state and General Hospitals across three senatorial districts, as well as Tertiary Health facilities were equipped to tackle M&PD across the 20 Local Governments Areas of the State.

In order to effectively fight the scourge of M&PD in the state, the Abiodun-led administration increased the fleet of the State Emergency Ambulance Service from five(5) that it inherited from the last administration to 30 to ensure 24 hour prompt and improved medicare services to patients. It also purchased and distributed  22 Tricycle Ambulances to all Primary Health Centers across the state to prevent incidents of maternal death due to transport delay in the hinterland. This is a laudable step at ensuring public wellness which had hitherto been a challenge in the past at the grassroots areas of the State.

The State Government has also trained about 1,433 Health Workers and Community leaders on Basic Healthcare Provision Fund (BHCPF ) for the Ward Deployment Committees (WDCs) in each of the 236 Ward in the State. All these steps are to curtail maternal and perinatal death.

The relentless effort at improving health condition of the people particularly children, attracted the National Deposit Insurance Corporation (NDIC) to partner with the state to inaugurate Paediatric Unit at General Hospital, Ayetoro, headquarters of Yewa North to complement all the aforementioned interventions by the Ogun State government to curtailed maternal and perinatal death at the council area.

Another area the present administration in Ogun state has improved service delivery at Health Centres  was through training and retaining of midwives, Traditional Birth Attendants (TBA) and provision of a 24hours Emergency Obstetrics Centre, among others, with a view to reduce maternal and perinatal death.

In furtherance to stemming the increasing  ratio of maternal perinatal death, the government has prioritised MPDSR as a feasible measure in pinning the scourge and with a plan to  institutionalise it as part of a key strategy to reducing death during pregnancy and childbirth   in the state.

The Chairman, Yewa North Local Government, Hon Gabriel Ogunyomi however rejoiced with  the family of Mr. Taiwo and Mrs. Mary Odunfa over the successful delivery of the first quadruplets, where the female is weighing 2.0kg, and the three males, two weighing 1.7kg each while the third weighing 1.8kg, at the Local Government Primary Health Centre, Oja-Odan. He commended the matron, Mrs. Olaiju Oluwaseun for a job well-done and professionalism the centre deployed in carrying out a hitch free delivery of the quadruplets.

Findings showed that Yewa North Local Government Area presently has 21 Primary Health Centres (PHCs), scattered across the council, and also experiencing a touch of one renovation or a face-lift, including other LGs in the state, apparently to meet up with the global standard. The singular story of a successful delivery of the quadruplets at the LG Primary Health Centre has further increased patronage of pregnant women for ante-natal care and increased people’s confidence in efficient service delivery of the Health Centre.

Considering the aggressive intervention of the present administration in Ogun state at improving the health sector and wellbeing of the people, the government has carried out a comprehensive renovation of all hospitals and Primary Health Centres across the state and provided key health facilities which have boosted health care delivery particularly across the 20 Local Government Areas of the state.

As a matter of fact, the interventions have seriously changed the erroneous misconception people have against Primary Health Centres in the state. Today Primary Health Centres  have scaled up to stem maternal mortality and child morbidity rate at the grassroots just as both the mother and quadruplets were saved, it indicated that people can actually enjoy dividends of democracy at Health Centres  through the on going renovation, retraining programme for Nurses among others. The good remuneration and other benefits approved for health workers also motivated them to be committed in the discharge of their duties.

Although it is a fact that, Thousands of women die annually from complications during pregnancy, childbirth or postpartum period. It is a problem in public health in the society, but with the ongoing efforts of the present administration in Ogun state to improve the sector, experts believe that collaborative support from all stakeholders, especially the Non-Governmental Organisations (NGOs) amongst others in the area of advocacy and publicity awareness will go along way at stemming the scourge.

Publisher and Editor in Chief - Magazine and Online Tel: 08038525526 - 08023339764 - 08055657329 Email: startrendinter@gmail.com
Previous CBA FOUNDATION LAUNCHES SOCIAL ENTERPRISE INITIATIVE TO TAKE INTERVENTION AMONG UNDERPRIVILEGED WIDOWS TO NEXT LEVEL
Next Govt Agencies Must Hold Citizens In High Esteem, Be Responsible To Them – Osinbajo