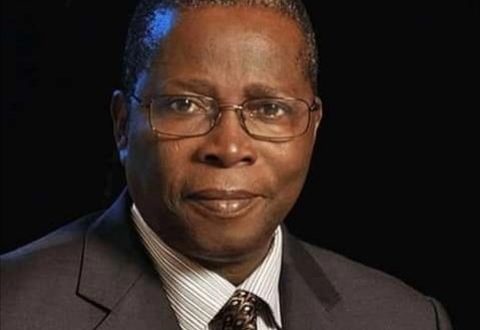 ABEOKUTA – The immediate past Governor of Ogun State, Senator Ibikunke Amosun, has commiserated with the Olurin family, the people of Yewaland and indeed Ogun State in general over the sudden death of Gen. Adetunji Idowu Olurin (rtd) in the early hours of Saturday, August 21, 2021.

According to a release e-signed and made available to the media by Senator Ibikunke Amosun, representing Ogun Central at the National Assembly, Amosun posited, “I join the Olurin family, the people of Yewaland and Ogun State in general to mourn the passage, earlier today, Saturday, 21st August, 2021, of Gen. Adetunji Idowu Ishola Olurin (rtd), a former Military Governor of Oyo State; Sole Administrator of Ekiti State; and a Gubernatorial Candidate of the Peoples Democratic Party (PDP) in Ogun State, who died at the age of 76 years.”

He described Gen. Olurin as a patriotic Nigerian; an eminent citizen of Ogun State and a respected elder statesman, saying, He was a Fine Officer of the Nigerian Army who served selflessly and committed in several positions, especially as Commander of the 1st Mechanized Brigade, Minna; General Officer Commanding of the 3rd Armoured Division, Jos; and Field Commander of the Economic Community of West African States Monitoring Group (ECOMOG) Peacekeeping Force in Liberia.

“Gen. Adetunji Olurin will also be remembered for the many achievements he recorded when he served as the Military Governor of Oyo State and the Sole Administrator of Ekiti State. His active involvement in politics, particularly when he contested the Governorship election in Ogun State in 2011 was also worthy of note.

“I commiserates with the Olurin family, the people of Yewaland and indeed Ogun State in general on this painful loss. I enjoin everyone to take solace in the knowledge that Gen. Olurin lived a fulfilled life and left behind fond memories and enviable legacies. It is my prayer that the good Lord will grant him eternal rest and give the family the fortitude to bear the irreparable loss.”

Publisher and Editor in Chief - Magazine and Online Tel: 08038525526 - 08023339764 - 08055657329 Email: startrendinter@gmail.com
Previous FIRSTBANK’S SPONSORED ‘’FIRST CLASS MATERIAL’’ CONTINUES TO EMPOWER AND CELEBRATE THE NIGERIAN YOUTH.
Next Captain Hosa: His Whole Essence Was Making Sacrifice For Others