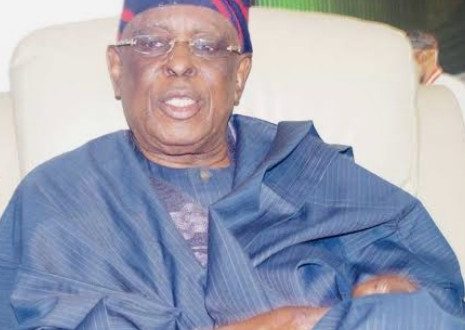 Accodong To APC’s Agreement, Tinubu Can Contest For Presidency In 2023 – Osoba

An elder of the All Progressives Congress (APC), Chief Olusegun Osoba, has said the National Leader of the ruling party, Bola Tinubu, has the right to contest for the Presidency, come 2023.

Osoba, a former governor of Ogun State stated this while appearing on Arise TV in the morning of Tuesday, January 5, 2021.

His words, “Asiwaju Bola Tinubu as an individual has the right to put himself forward, but we have not zeroed in on an individual.

“Zeroing in on any individual will destroy our efforts now. But Tinubu has a right to pursue his own agenda”.

Osoba also revealed that there is a gentleman’s agreement in the All Progressives Congress (APC), that the next presidential candidate for the party will come from the South, saying, “though there is so much noise from the East”, nobody has contacted anyone in the ruling party to show interest in running in 2023.

“As an elder in the party, nobody from the South-East has contacted or consulted me to lobby, to even say they are interested.”