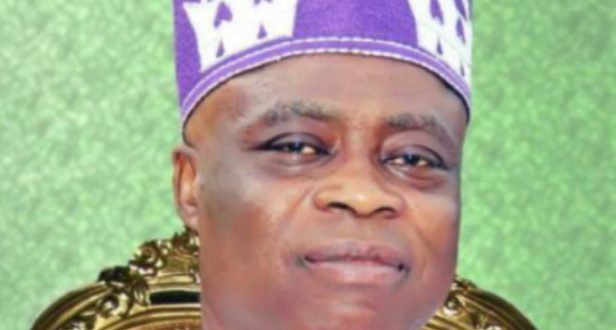 IBORO-YEWA: The Aboro of Iboroland in Yewa North area of Ogun State, Oba Daniel Abayomi Salako has assured the people of the state that the state Governor, Prince Dapo Abiodun would deliver on his electoral promises.

The Aboro of Iboro who gave the assurance while playing host to journalists in his Iboro palace, called on citizens of the state to give the Governor more time to settle down, pointing out that the uncooperative attitude of the last administration with the current government in the state has made it difficult for the Prince Dapo Abiodun led government which according to the monarch the Governor would get over very soon.

His words, “Many people say that the Governor is slow; yes, you can say that because, one thing I can say about Nigerians is that we always look for quick fix. That is one problem that we have in Nigeria, and quick fix doesn’t last long.

He said that the Governor was doing his best despite he is yet to form his cabinet; sitting the upgraded of General Hospital, Ilaro to a modern hospital, Anchor Borrower Scheme for farmers in the state and ongoing rehabilitation of some roads in the state as samples of good efforts of the Governor.

“In fact, despite the Governor is yet to form his cabinet, he has done a lot, and we should not forget that, according to the constitution, there is nothing the governor can do without the cabinet.

“He cannot award any contract. The only capacity he has is just one Hundred million naira (N100m) and what can just N100m do in Ogun state. This is exactly what I’ve been telling people and I am not in anyway disappointed by his actions. Let give him time to sort himself out. I don’t want any quick fix, I want a permanent fix”, Oba Salako posited.

While calling people of Iboro to give adequate supports to the Prince Dapo Abiodun led administration, the monarch advised the government to start with fixing of roads in Iboro and across the state, stating that, “over here our road needs urgent rehabilitation and we also have only one secondary school which used to be a technical school. The school still have the equipment over there wasting away. I want the Governor to revisit that.

“If you look at it, we don’t really have vocational schools in Ogun state. We want the governor to bring back the vocational school here at Iboroland and another secondary school, including water for the residence”.