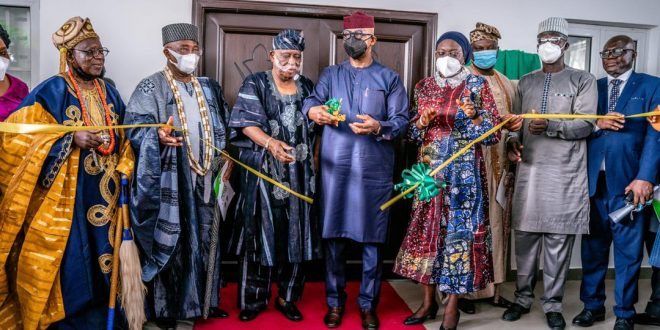 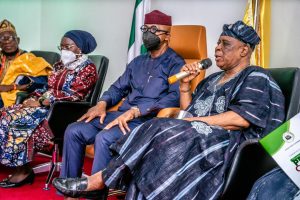 ABEOKUTA – Ogun State Governor, Dapo Abiodun, has tasks journalists in the country on the need to focus more on responsible and developmental journalism, and avoid sensational reportage as well peddling of unsubstantiated news, noting such is capable of causing crisis in the country.

Abiodun made this call on Tuesday, May 25, 2021 at the official inauguration of Olusegun Osoba Press Centre located at the Governor’s Office, Oke-mosan, Abeokuta.

The governor assured that his administration will continue to assist media practitioners in the discharge of their duties faithfully.

“Please be responsible in your reportage. Don’t sensationalise; promote things that will bring peace to the country. On our part, we will continue to work with the media for nation building”, Abiodun noted. 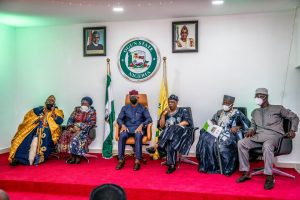 Describing former Governor Osoba as a “nationalist and an achiever”, Abiodun said he will always be remembered for using journalism to contribute to nation building rather than divide it.

He further stated that Osoba’s exemplary contributions to journalism had helped him to attain a greater heights in politics, urging media practitioners to emulate the professionalism demonstrated by the former governor.

Earlier in his remark, Aremo Olusegun Osoba lauded the governor Abiodun for the honour done him, noting ” this singular action of yours has impacted positively on my life and will elongate my years on earth”. 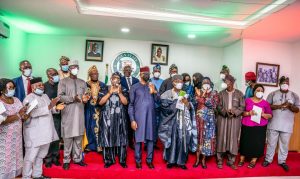 According to him, the naming of Press Centre after him has erased his 16 years of traumatic period after leaving office, describing the honour as “emotional”.

Osoba, however, applauded the present administration for the improved infrastructural amenities in the state especially the completion of the Kuto Road, the ongoing reconstruction of Abeokuta-Sagamu road as well as completing other projects left behind by the immediate past administration.

The Commissioner for Information and Strategy, Abdulwaheed Odusile, described Osoba as a good ambassador and divine gift to the journalism profession, saying “the veteran journalist is a household name known for his exploit in the media world”.

Odusile, who eulogised the former governor for taking part in the fight to enthrone democracy in the country, equally praised him for vigorously pursuing grassroots development during his tenure as the governor of the state between 1999 and 2003. 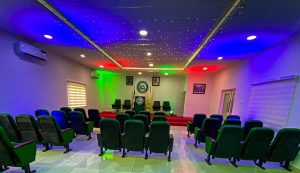 The Commissioner added that the Press Centre built by the state government to appreciate journalists for their support and to make their job easier.

In his goodwill message, the Alake and Paramount Ruler of Egbaland, Oba Adedotun Gbadebo, noted that journalism was about touching people’s lives, saying Osoba is a man of integrity who has affected people’s lives positively in the course of carrying out his professional duties.

The Olota of Ota, Oba Abdul-Kabir Obanlege, acknowledged Chief Osoba as a great teacher who was always looking out for the welfare of his colleagues.

He described the achievements of the former governor as “legendary”, noting “Chief Osoba is man who distinguished himself as a journalist per excellence and an astute politician whose administrative acumen helped in the transformation of the rural areas of the state”. 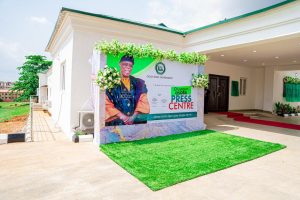 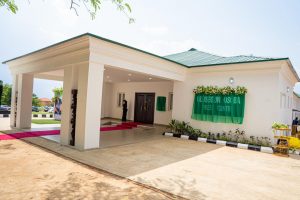