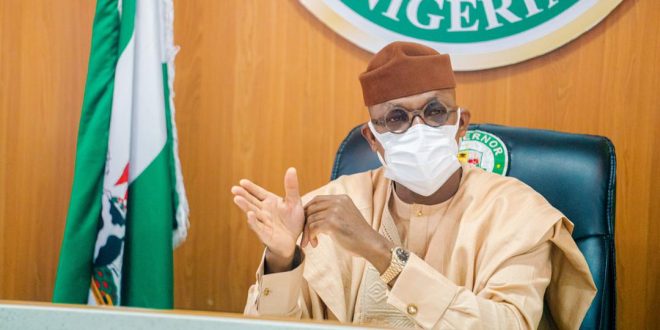 ABEOKUTA – The Ogun State Governor, Prince Dapo Abiodun has advised the seven members of the Allied People’s Movement (APM) in the Ogun State House of Assembly who defected to the All Progressives Congress (APC) to be loyal to the party and work towards realising “the #BuildingOurFutureTogether” agenda of the State Government.

Speaking while receiving the defected lawmakers who were led on a courtesy call to his office in Abeokuta, Speaker of the House, Rt. Hon. Kunle Oluomo, Governor Abiodun stressed the need for all members to be loyal and contribute to the development of the State.

Abiodun, who described the lawmakers’ move as a “homecoming”, said, “it is a thing of joy to have a member of the family that had left home as a result of disagreement, to return home.” 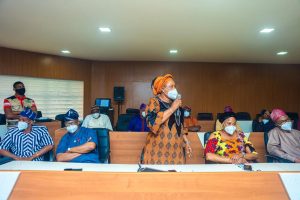 “You have not come back by coercion, but remember you would be criticised for coming back.

“In line with our inclusive and participatory policy, we welcome you. You will recall that we have not discriminated against you in the past 18 months even while you were not with us. We will ensure you enjoy all the benefits that our members enjoy.”

The Governor jexpressed hope that by welcoming the members back into the fold of the party, it would not regret the inclusiveness policy of the Administration, urging the defectors to work hard to strengthen the party in and Administration in the State to deliver on its mandate to the people. 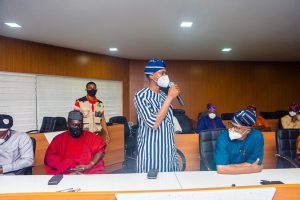 The Governor used the occasion to appreciate the entire members of the House, attributing the modest achievements recorded by the Executive so far to the continued support of the lawmakers in the last one and a half years.

Presenting the seven lawmakers to the Governor, Speaker of the House, Rt. Hon. Oluomo, noted that the rejoining of the members symbolised the achievements of the Administration in getting everyone on board.

His words, “I am happy to inform you today that the members of our great party, the All Progressives Congress (APC) on the floor of the House has increased from 15 to 22. Today all the seven members of the Allied People’s Movement (APM) in the House moved to the APC. 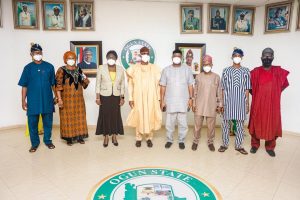 “This means that our great party is totally and fully in charge of the State House of Assembly, all due to your ability to manage the people of the State towards the entrenchment of progressive policies.”

In his remarks, the Senior Special Adviser to the Governor on Political Matters, Rt. Hon. Tunji Egbetokun, expressed hope that the 22 members would translate “into positive majority” that would add to the development of the State.

Speaking, one of the returning members, and immediate past Minority Leader, Hon. Ganiyu Oyedeji, representing Ifo 2 State Constituency, equally described his move as a homecoming, pledging continued support to the Government as he has been doing even as an opposition member. 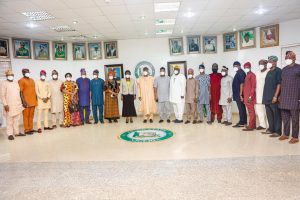 Hon. Musefiu Olatunji Lamidi, in his remarks, pledged significant contributions to enable the people enjoy the benefits of the Administration, while Hons. Latifat Bolanle Ajayi, Adeniran Adeyinka and Yusuf Amosun appreciated the Governor for his inclusiveness policy and promised to contribute their quotas to the socio-economic development of the State.