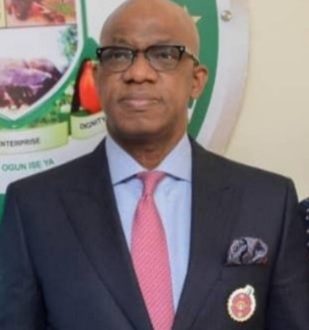 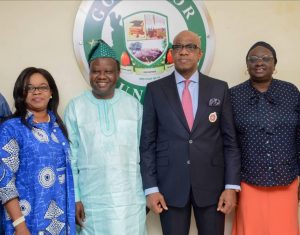 ABEOKUTA: The Ogun State Governor, Prince Dapo Abiodun has expressed concern over the lack of the reading culture among the younger generation of Nigerians, saying the trend was capable of affecting, negatively, the standard of education.

According to a press release e-signed and made availabile to StarTrend Int’l magazine & www.startrendinternational.com by S.F. Ojo, SA Ogun Media, Abiodun also acquiesced to request by the National Library of Nigeria to have a piece of land to build a branch of the Library in the State to reverse the trend.

The Governor noted that it was important to inculcate in children the ability to read, since they are generally no longer interested in reading.

His words, “For us, education is key. We understand that the mind is a terrible thing to waste, and it is important for us to engage these children and inculcate in them the ability to read because we see that it is a trend with the younger generation not to read.

“We grew up reading so many books. These things have been eroded, and back in the days, we would go to our libraries and spend time reading. We had library time and it was compulsory you go there and spend quality time reading”.

Abiodun, who acknowledged the important role of libraries in the education sector, expressed worry at the state of libraries in the State, pledging that something would be done to reverse the trend.
He said the present administration viewed education as a means of empowerment, as academically qualified youths are well placed for gainful employment which in turn would reduce their involvement in criminal activities.

Prince Abiodun said his administration decided to focus on repositioning basic education as it was the foundation for other levels in the sector, adding that over 200 primary schools had so far been rehabilitated across the State, just as teachers’ welfare and the adoption of Information and Communication Technology (ICT) in imparting knowledge, were being vigorously pursued.

“We are also promoting vocational training for those who do not want to go to University. We are proceeding to see how we can certify them, so that they are better placed to become entrepreneurs,” he said.

The Governor, who lamented the poor performance of the State students in external examinations, however, noted that there has been an improvement in the last one year, saying that Government was committed to bringing the State back to its position as the foremost in the education sector.

Speaking earlier, Prof. Aina while stressing the importance of a functional library in an academic environment, said many Nigerians who study abroad excel as a result of availability of standard libraries, adding that the aim of the National Library of 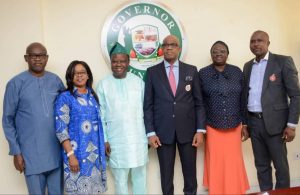 Nigeria was to have standard libraries all over the country.

Prof. Aina said his visit to the State was to solicit a piece of land from the State Government to build a beffiting branch in the State Capital as it had done in other parts of the country, pledging to support the State in bringing back its lost glory in the education sector.
.