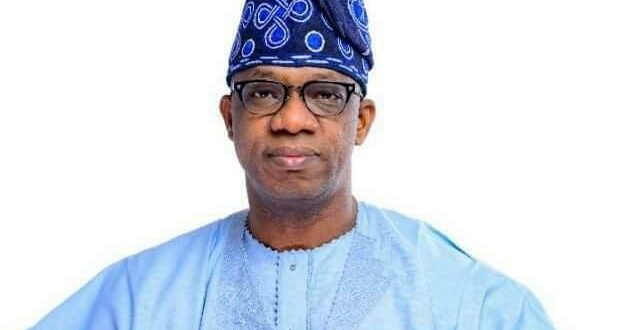 He said the projects were aimed at boosting the economy and security around Odeda, as it shares boundary with Oyo State, noting that the 40 Open Stalls at Gbonnagun market, Obantoko; 16 Lock-Up shops at the Osiele market and 20 Open Stalls at Kila market were built to complement the existing stalls and also to assist the traders reduce stress and risks associated with selling by the road-side.

The governor, represented by the State Commissioner for Local Government and Chieftaincy Affairs, Hon. Afolabi Afuape, stated that the re-constructed Police Post at Bakatari would help reduce security threats around the area.

He maintained that Local Governments are to complement the efforts of the State government in delivery of dividends of democracy to the people; expressing optimism that all the 20 LGAs would have more projects to showcase by the time his administration would be rounding-off.

“You entrusted your votes to us, I assure you that we will not disappoint you as we will continue to work for the success of everyone, most especially those at the grassroots, likewise the urban inhabitants will also benefits maximally from our government,” governor saidI.

In his remarks, the Transition Chairman, Hon. Semiu Lawal implored the market leaders, traders and the people of Odeda to judiciously use the facilities and ensure peaceful co-existence especially in the Bakatari axis of the Local Government Area.

He promised the State Governor that the support given to them would be put to effective use in developing their areas.