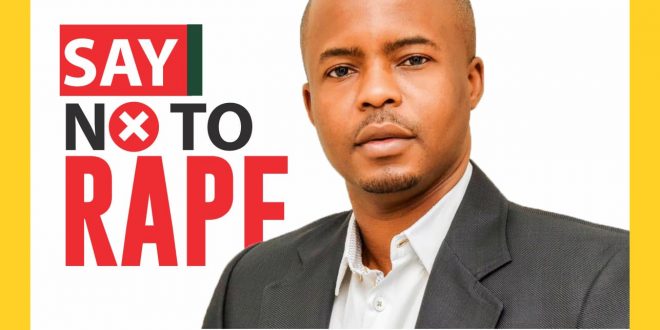 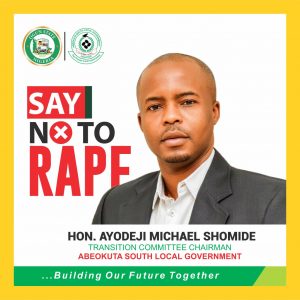 According to a press release made available to StarTrend Int’l magazine & www.startrendinternational.com by Sodeinde Kolawole, Information Officer, Abk South LG., Shomide, in the statement, personally signed by him, observed that the perpetrators of the global social illicit acts, cut across ages, socio economic, political and religious strata, warning those involved in such dastardly activities, anywhere in the country, to desist from the uncivilized & ungodly behaviours.

The LG Boss stated further that act of raping the opposite sex, had always been an unacceptable act of having forceful carnal knowledge of an unwilling partner, in an unexpected/unlawful sexual intercourse, often carried out, under threats of injury to the victims, which Shomide advised every right thinking citizen to condemn.

He, however, advised the parents not to shy away from their socio-economic responsibilities of taking good care of their children/wards, by being watchful, warning and admonishing the young ladies and women, to shun indecent dressings in the public, in order to avoid being sexually-molested and harassed.

The Chairman, therefore, enjoined the perpetrators of rape and evildoers, in the society, to desist from the criminal acts, in order to avoid the full wrath of the law of the land on themselves.