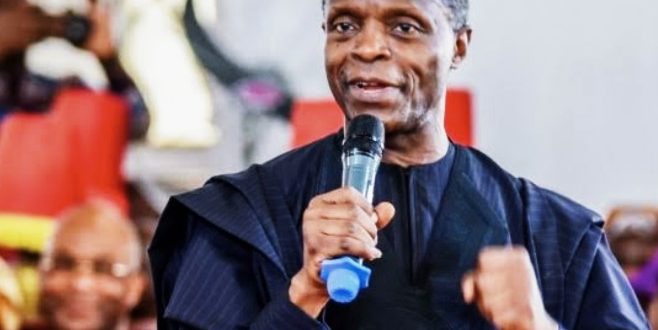 A Year After Chopper Incident: VP Osinbajo Thanks God 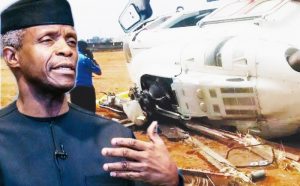 ABUJA: Vice President Yemi Osinbajo, SAN, has described the helicopter crash-landing he and 11 others survived as a miraculous and divine deliverance, while noting that the incident has strengthened his faith in God.

Speaking to the media after a special thanksgiving service to commemorate one year of the accident at the Aso Villa Chapel on Sunday, February 2, 2020, Prof. Osinbajo stated that the incident also strengthened his faith in Nigeria, as well as the faith of everyone who survived the chopper crash in Kabba, Kogi State.

According to a press release e-signed and made available to StarTrend Int’l magazine & www.startrendinternational.com by Laolu Akande, Senior Special Assistant to the President on Media and Publicity, Office of the Vice President, Osinbajo said, “I think that what happened on that occasion was so amazing and miraculous, 12 of us in a helicopter; the helicopter crashed and not one scratch on anyone of us. 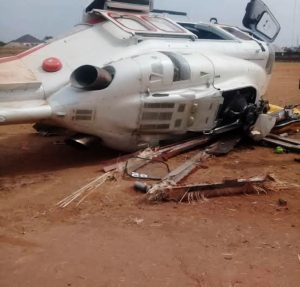 “That’s just incredible. So, we can only continue to thank God and praise the Lord Jesus Christ for the awesome deliverance of so many of us. That’s why we are here this morning just to praise God.
“Can you imagine a situation where one survived a helicopter crash? I think it demonstrates that God is merciful; God is awesome. He is able to do all things. I think it just strengthened my faith and the faith of all those who were there”.

It would be recalled that during the election campaign period, the Vice President had departed Abuja on February 2nd, 2019, on a Chopper ride to Kogi State in continuation of the Family Chats & Next Level engagements.

Twelve persons – including the VP, the then Minister of State for Labour, Employment and Productivity, Prof. Stephen Ocheni, senior presidential aides, security officials and the crew – were on board the chopper on that day. Everyone on board came out unscathed 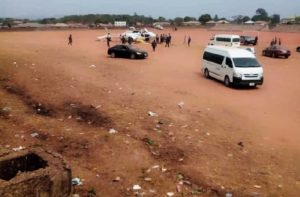 after the incident, and the Vice President had continued with the planned engagements in Kogi State.

The VP, while thanking all Nigerians, stated: “We believe that God will continue to keep us and Nigeria safe even as we go higher… God has kept us safe and alive, delivered us from death so we can do more for our people and country.”

Tags A Year After Chopper Incident: VP Osinbajo Thanks God#