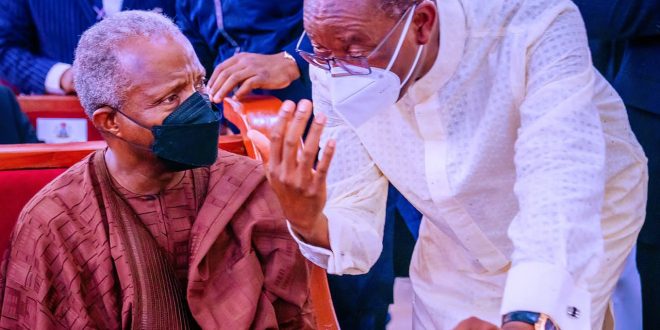 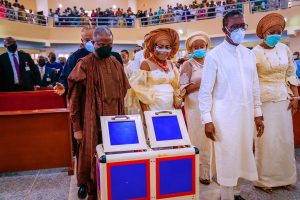 DELTA STATE – Vice President Yemi Osinbajo, SAN has said that a legacy of faith, character and selfless service to God and man is the ultimate inheritance that can influence communities and the nation for good.

According to a release e-signed and made available to StarTrend Int’l & online – www.startrendinternational.com by Laolu Akande, Senior Special Assistant to the President on Media & Publicity, Office of the Vice President, Osinbajo stated this on Sunday, August 21, 2021, during the thanksgiving and celebration of life service for the late Chief (Sir) Arthur Uzoma Okorie Okowa (JP), 88, the father of the Delta State Governor, at St. Michael’s Anglican Church, Owa-Alero, in Ika North-East Local Government Area of the State.

Describing the late Pa Okowa as an outstanding educationist, committed public servant, and progressive, the Vice President Osinbajo stated that he was honoured to join many others to celebrate the life and times of “a man who devoted his entire life to public service, to his community, and to the church.” 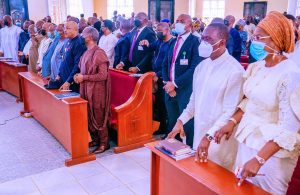 In his tribute to Pa Okowa, the Vice President Osinbajo noted that his community, state, and the nation, have been blessed by the life of the late teacher who “took education and discipline so seriously that he made it his life work, that he saw public service as a calling, and politics as an important component of service to one’s community and to one’s people.”

He said, “we have been told already that the late Sir Arthur Okowa was a devout Christian of the Anglican faith. Today as we celebrate the exceptional life of this great son and leader of the traditional kingdom in his hometown of Owa-Alero, we are reminded of this scripture in Proverbs 13:22: ‘a good man leaves an inheritance to his children’s children.’  I think it is obvious that the inheritance a good man leaves cannot just be houses, money or other forms of material wealth.

“In any event, there is no guarantee that material wealth can last generations. It must be something more enduring; ultimately, it is a legacy: a legacy of faith, character and selfless service to God and man. It is only such a legacy that influences that trajectory of the lives of children and grandchildren and, indeed, both communities and nation. There is no doubt that Pa Okowa has left an inheritance for his children’s children, and for his community, for his state and nation.”

Prof. Osinbajo added that Governor Okowa’s father was committed to the education of his own children, and of others, and that was an example of public service with integrity. 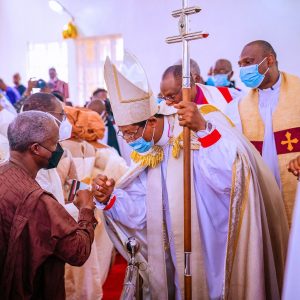 According to him “a father’s faithfulness to the education of his own and others is example of public service with integrity, and his commitment to his faith has given an inheritance that has endured and will, by God’s grace, continue to endure.”

Prof. Osinbajo noted that “the nation and the state benefitted and still benefits because of the decisions that Pa Okowa made by the services of the well-bred and disciplined leadership of Governor Senator Ifeanyi Okowa of Delta State”, who was once a Local Government Chairman, Senator and now Governor of the State.

“But Pa Okowa was also devoted to progressive politics, one of the leaders of thought in the defunct Unity Party of Nigeria, in Ika and Anioma areas under the leadership of the late Chief Obafemi Awolowo.”

Condoling with the Okowa family, Prof. Osinbajo prayed that God Almighty will comfort them and that Pa Okowa’s memory and legacy will remain forever blessed.

Besides the Vice President, others who joined the Governor of Delta State at the thanksgiving service included former Vice President, Alhaji Atiku Abubakar, several State Governors, senior government officials, captains of industry and other dignitaries. 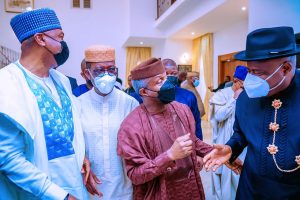 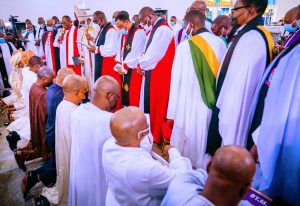