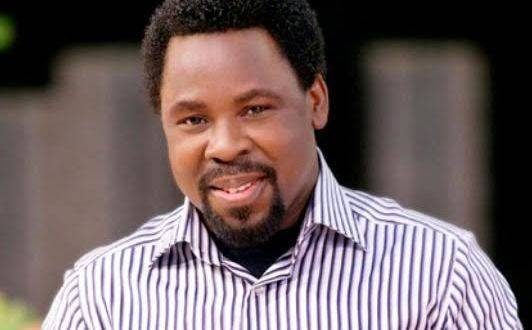 With the revitalised news of Prophet TB Joshua’s influence in the victory of the Ghanaian team at the Under 20 World Cup in 2009, let us cast a glance on his previous prophetic involvement in football.

T.B. Joshua is no stranger when it comes to the fusion of spirituality and sports.

Nigeria’s triumph against Burkina Faso in the 2013 African Cup of Nations was predicted by Joshua and published in PM News prior to the final game and the late coach Stephen Keshi confirmed he was in regular contact with the cleric throughout the tournament.

When the Super Eagles drew their initial game against Burkina Faso in the qualifying stages, Joshua revealed he had specifically warned Keshi in a phone call against defensive lapses in the second half of the match, an example of the degree at which the cleric’s prophetic guidance was regarded in the dugout.

After Nigeria’s eventual victory, the Nigerian Football Federation publicly thanked the cleric for his prayers and spiritual support in the nation’s victory.

His declaration that Nigeria would miss out on AFCON qualification in the previous tournament proved equally controversial.

“What I saw was not favourable towards Nigeria,” the cleric told congregants on Sunday 2nd October 2011, six days before the Super Eagles crucial qualifying match between Guinea, adding that he saw celebrations amongst the opposition and the team to ‘score first’ would qualify.

“The prediction of Prophet TB Joshua really affected us,” the Super Eagle’s star striker Osaze Odemwengie admitted to reporters after Nigeria were ousted at the expense of Guinea in a thrilling 2-2 draw in which the Guineans indeed scored first.

In Nigeria’s absence, the ensuing competition was equally ‘foreseen’ as Joshua declared minutes before the final between Zambia and Ivory Coast that the Southern Africans would triumph.

“This victory is for a country you are not expecting,” he told congregants at The SCOAN on Sunday February 12th 2012, adding that an error in the 25th minute of the second half where a ball is hit over the bar would prove pivotal.

Didier Drogba’s missed penalty in the 70th minute of the closely contested match – where the ball ballooned wildly over the bar – was a decisive moment in the goalless draw, with Zambia eventually triumphing on penalties to claim a historic maiden victory.

Ghanaians will equally remember Joshua for his “spiritual support” in the FIFA U-20 World Cup in 2009, where the Black Satellites triumphed against the favourites Brazil to claim the title – a fact recently highlighted by midfielder Gladson Awako.

“During the U-20 World Cup in Egypt 2009, we normally gathered around the centre to pray. The coach usually made us speak to a man on phone. He will put the phone on loudspeaker so we could all hear and then pray and do what he said,” Awako said in an Instagram live chat with YAC Media.

“He predicted that we will get an early red card and also told us how we will arrange the penalty takers. All that came to pass. Honestly, I didn’t know who it was until we won the cup and they told us the man was TB Joshua,” he confirmed.

At that period, Coach Sellas Tetteh had established he was in regular communication with the Nigerian cleric during the final match, emphasising his prayers and spiritual guidance were instrumental to his team’s historic victory.

“He told me we would win the trophy before the tournament and on the day of the game, he again predicted it,” Tetteh told Ghanaian media afterwards, adding the cleric had mentioned specific details pertaining events that unfolded in the tense match.

When South Africa historically hosted the FIFA World Cup in 2010, Joshua also prophesied the results of the opening and final match – in which Spain took the title – as well as Nigeria’s last-gasp qualification for the tournament.

On Sunday 11th October 2009, he stated Nigeria would emerge victorious in their qualifying match against Mozambique, specifying a ‘headed goal’ would earn them victory. The prediction materialised courtesy of an Obinna Nsofor header in the dying seconds of the match, securing the Super Eagle’s qualification.

After the match, then Super Eagles Coach Shaibu Amodu came publicly to The SCOAN to testify, admitting that Nigeria’s qualification was ‘miraculous’ and Joshua’s prophetic intervention had “saved his job”.

Recently, Imama Amapakabo, coach of Nigeria’s U23 National Team, revealed that Joshua called him prior to Nigeria’s crucial semi-final clash with Algeria in the AFCON 2019 championship, stressing that the winner of that encounter would go on to win the biennial tournament.

Indeed, Algeria overcame the Super Eagles courtesy of a last-minute free kick from Riyad Mahrez and went on to lift the trophy.

The multiple examples above only serve to heighten the affirmation of the Biblical adage – a prophet is without honour in his hometown. 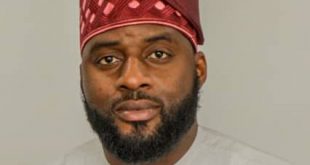 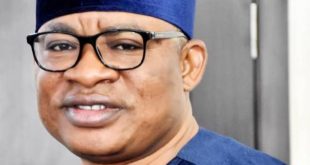